Explore All the Exciting Wildlife Highlights Uganda Has to Offer

If you think of Ugandan wildlife, you probably think of gorillas. It’s one of the few countries where you can still encounter these highly endangered and majestic animals; an awe-inspiring and once in a lifetime opportunity. However, gorillas are not the only wildlife Uganda has to offer; Uganda hosts most of the typical African wildlife. We will explore gorillas, as well as the other exciting wildlife to be found in this lush country.  – text by Juliana Connors

The main wildlife highlight in Uganda is, of course, the silverback mountain gorillas. These primates have an imposing stature, but they are very intelligent and quite docile, despite having a reputation for aggression. Unfortunately, these gorillas are critically endangered. Today, there are only three countries in the world, where the mountain gorillas are found in the wild. The population is at around 880 gorillas, currently. The population has been on the rise in recent years due to conservation efforts. It is well worth the trek, for a once in a lifetime opportunity to see these impressive creatures in their natural habitat. In Uganda, the place to be for gorilla sightings is the Bwindi Impenetrable Forest. Join our photo tour for the chance to photograph the mountain gorilla.

Uganda is also one of the best places in Africa to see Chimpanzees. Chimpanzees are the primates closest to humans in DNA, almost 98% the same. Observing these creatures is quite a wonder. Chimpanzees are remarkably smart and sociable; their behavior is truly uncanny. Unfortunately, chimps are also an endangered species. 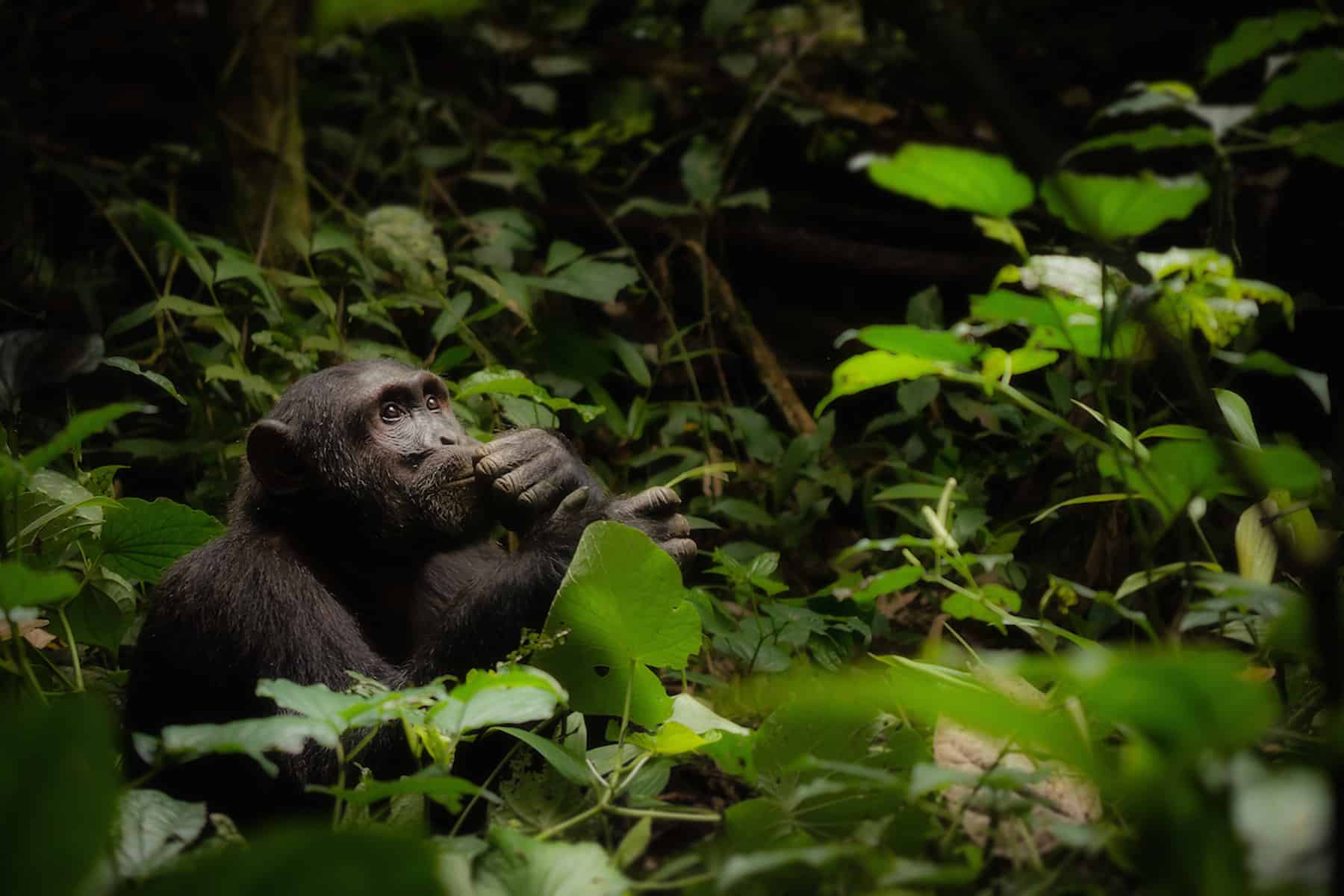 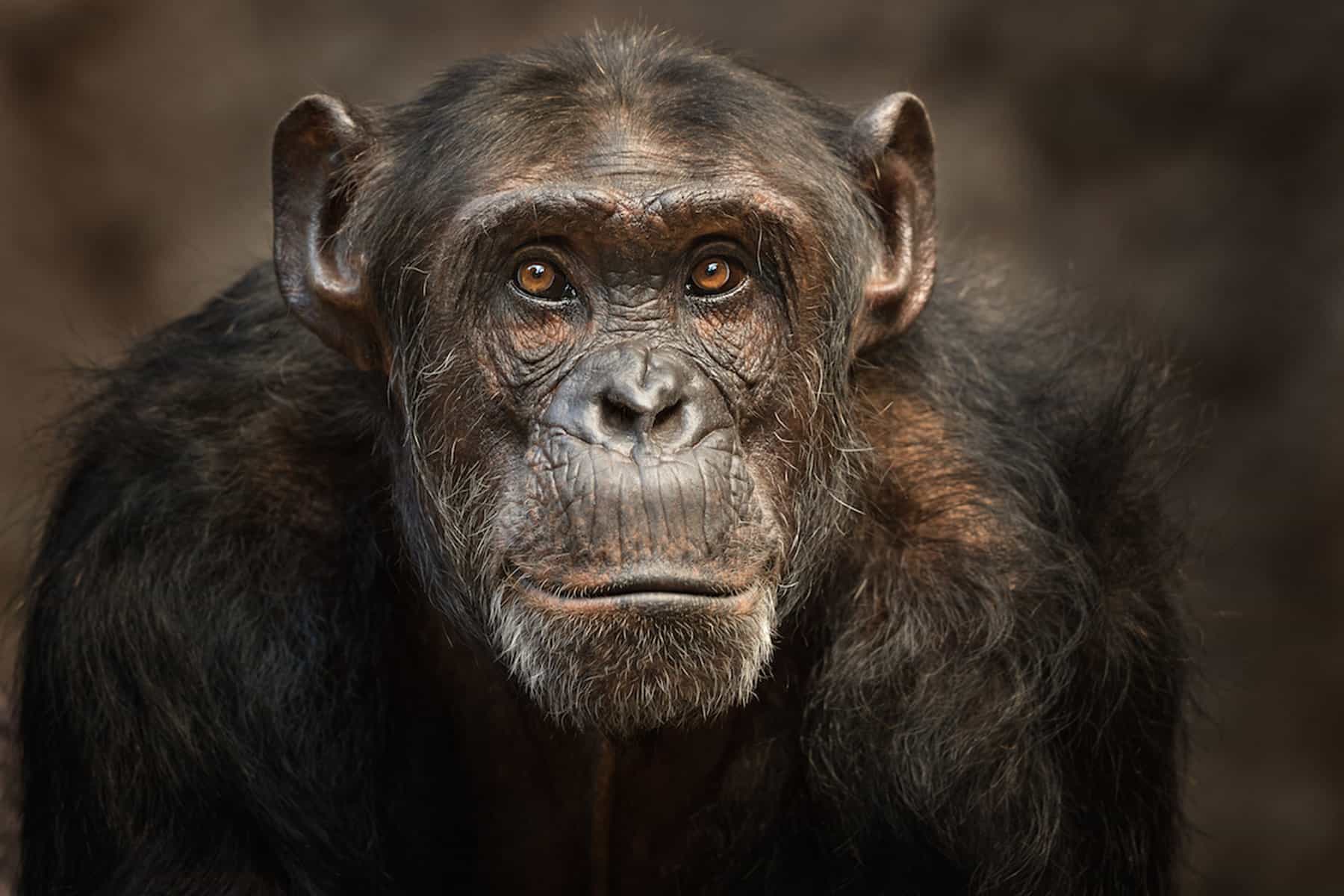 There are additional species to be seen in other parts of Uganda as well. The L’Hoest’s monkey is found in the Bwindi Forest. These monkeys have a dark color, with a unique white beard. The L’Hoest’s are quite a shy breed and live mostly on the ground. The grey-cheeked mangabey is another interesting primate found in Bwindi and Kibale Forests. The mangabey can survive in a variety of habitats, so they are not unique to Uganda, but they are a sight to see, nonetheless. These primates look like a smaller baboon, but the mangabey prefer living up in the trees. They also have special cheek pouches for storing food.

Queen Elizabeth National Park is well-known for their tree-climbing lions. These lions are found in the Ishasha Plains portion of the park. Tree climbing is typically a leopard trait, as they are less sociable cats than the lion. It is unusual in other parts of Africa to spot lions lounging in trees. As if they weren’t unique enough, the male lions in this group also stand out with their black manes. 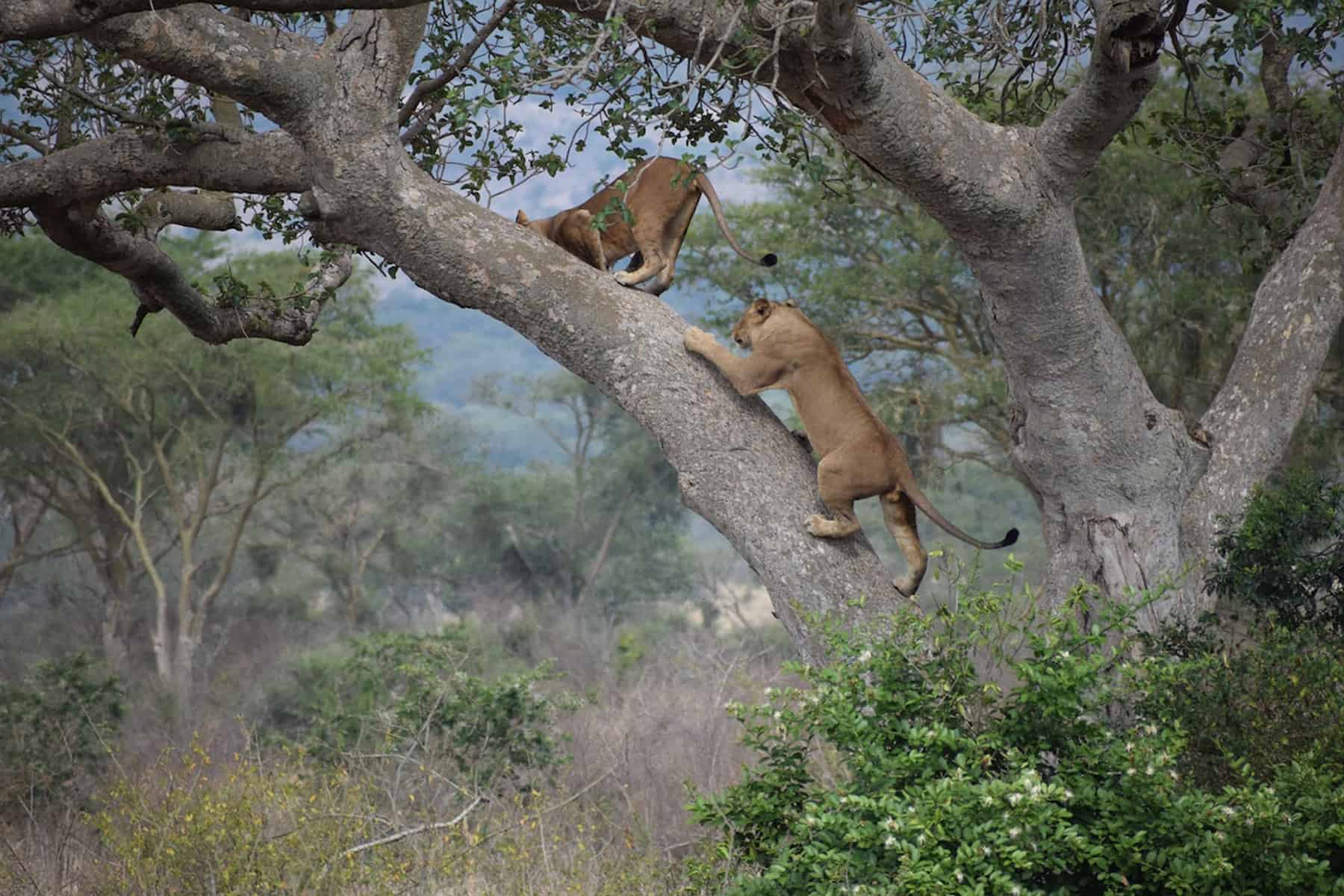 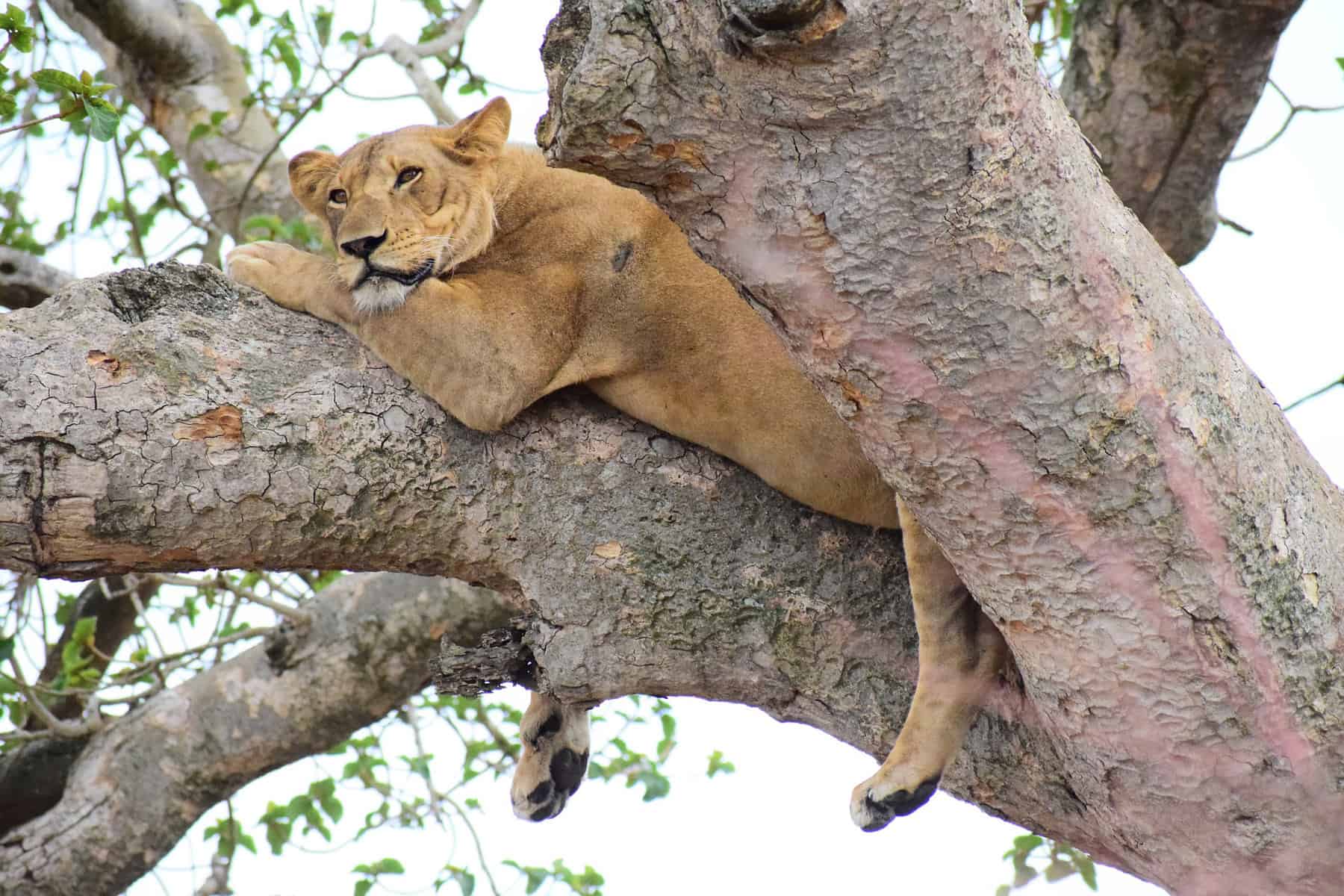 Uganda is also a great bird viewing destination. The particular jungle setting in the Albertine Rift is home to many rare bird species. For a bird enthusiast, Uganda is a prime destination; you will have the opportunity for some once in a lifetime bird viewing and photographing. The rare Ugandan birdlife includes the African Green broadbill. Also known as Grauer’s broadbill, named for the naturalist who discovered the species, this is a small bird, bright green with a blue chest. Another small, difficult to spot bird in the jungle, is Shelley’s crimsonwing. The crimsonwing actually has black wings, a red beak and topline, and a yellow underbelly. The Great Blue Turaco is a bit of a larger bird and quite unique looking. Their body is a deep navy, with a black tuft on the top of the head, and a red and yellow beak. Unfortunately, these birds are hunted for their feathers and meat, particularly in the Democratic Republic of Congo. Their feathers are believed useful in making good luck talismans.

Find more about how to join our Gorilla photography workshop!

The History of Travel Photography