Photograph gorillas, chimpanzees, and a wealth of other African wildlife

Photograph gorillas, chimpanzees, and a wealth of other African wildlife on an exclusive Uganda photo tour!

Join us for an exclusive Mountain Gorilla photography workshop in Uganda; a chance to encounter these magnificent animals in the wild, spend time observing them, and photograph them from up close. A truly unique and thrilling experience! But while photographing gorillas is undoubtably a highlight of the trip, you’ll enjoy many other wildlife photography opportunities; we’ll take you to Kibale Forest Park, a lush forest that offers encounters chimpanzees, a variety of small monkeys, and a wealth of birds. On top of this, we’ll have a true African safari experience at two stunning national parks; Queen Elizabeth National Park and Lake Mburo National Park. In a setting of rolling hills, you can see four of the Big Five – lions, leopards, elephants, and buffalo – as well as many small mammal and bird species. Get ready for some incredible wildlife photography opportunities! During this Uganda photo tour, you’ll be guided by wildlife photographer Mark Fernley, who will offer personal tutoring and bring out the best photographer in you.

You can view other wildlife photography workshops here.

Photograph the endangered Mountain Gorillas from up close; a true once-in a-lifetime experience

Encounter chimpanzees in the stunning Kibale Forest Park, as well as many monkey species and a wealth of birds

Enjoy a fully inclusive trip, where luxury accommodation, meals, and transport are all provided 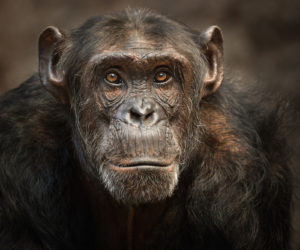 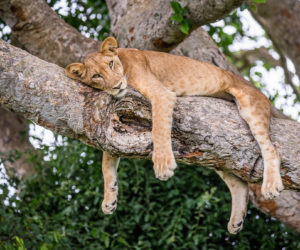 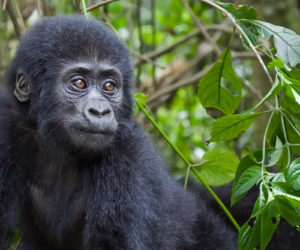 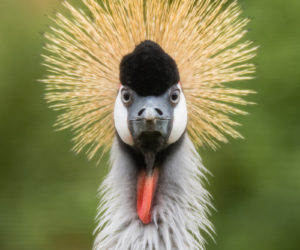 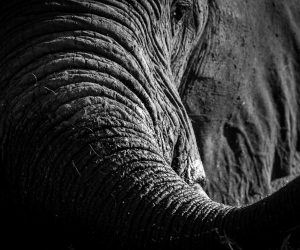 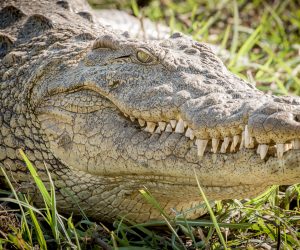 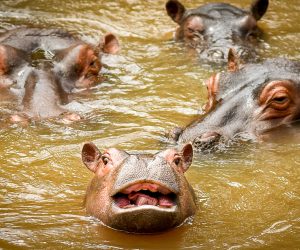 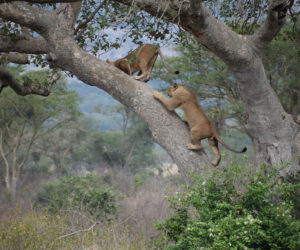 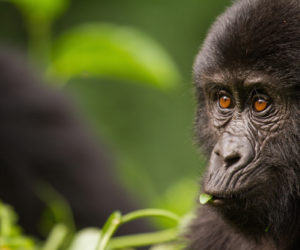 Situated on the edge of the Rift Valley, Bwindi is a magnificent misty rainforest. Given its antiquity – it’s one of Africa’s oldest forests – it has produced an incredible biodiversity, with some 120 mammal species and over 350 bird species. Most famously, Bwindi is home to an estimated 300 to 400 Mountain Gorillas, and it’s one of three parks in Africa where these highly endangered primates still live. Another lush forest we’ll be visiting is Kibale Forest National Park. This 795-sq-km national park is made up of dense tropical rainforest, home to an enormous number of primates and birds.

In contrast with Bwindi and Kibale, Queen Elizabeth National Park offers wide vistas of savannah and wetlands, mixed with shady forests and large lakes. The park provides a stunning backdrop for its abundance of wildlife, which includes 95 mammal species, 20 predators and over 610 bird species, making the park a birder’s paradise. Four of the Big Five can be spotted; lions, leopards, buffalos, and elephants. And don’t forget to point your camera up, as famously, some of the lion prides spend most of their time in trees.

Arrival at Entebbe airport, where we’ll meet you and drive you to our first accommodation. Here, we’ll have a chance to meet each other and get settled.

After breakfast, we’ll drive to Kibale Forest, a spectacular jungle that is home to chimps, baboons, colobus monkeys, grey-cheeked mangabey, L’Hoest monkeys, and a wealth of stunning birds. In the afternoon, we’ll start exploring the park and photographing its inhabitants. Whoever is up for it can go on a night walk after dinner to spot some of the nocturnal creatures that live in the forest, like bush babies. (Please note that the walk is optional and not included.)

In the morning, we’ll head out for chimpanzee tracking! In the afternoon, we’ll head out to the Bigodi Wetland Sanctuary, a wetland swamp with a hugely rich biodiversity. Bigodi was established by a local development organisation to protect the swamp area, which is home to around 200 species of birds. It’s also good for spotting and photographing butterflies and small primates.

We’ll head to Queen Elizabeth National Park for an exciting African safari experience. On our way there, we’ll pass the equator where we will make a stop. After enjoying lunch and settling into our lodge, we’ll head out for our first game drive late afternoon, in that perfect warm light. Queen Elizabeth National Park is one of the best places in Uganda to see lions. You can also expect to photograph elephants, buffaloes, hippos, and crocodiles – as well as smaller mammals and birds.

A couple of full days of game drives in this stunning park.

We’ll drive to Bwindi Impenetrable National Park, passing Ishasha Sector in the south of Queen Elizabeth National Park, which is home to the famous tree-climbing lions. On our way, we’ll also pass through interesting villages and have some breath taking views of the mountains.

We’ll take our time (and stop for photography breaks whenever we want!), and we’ll probably reach Bwindi late in the afternoon, where we’ll settle in and prepare for our upcoming gorilla adventures.

Two days of gorilla tracking! We’ll have an early morning departure to search for the highly endangered Mountain Gorillas. The hike, guided by knowledgable local rangers, will be worth it once we find these magnificent animals. We’ll be able to spend about an hour observing and photographing the gorillas.

You may wish to only do one day of gorilla tracking; this is up to you. If you decide to just join the first day, you’ll have the opportunity to do village tours, shorter forest walks, or to just rest.

At the end of day 10, we’ll drive you back to the airport in Entebbe, where you can catch a flight home.

We recommend the following equipment: 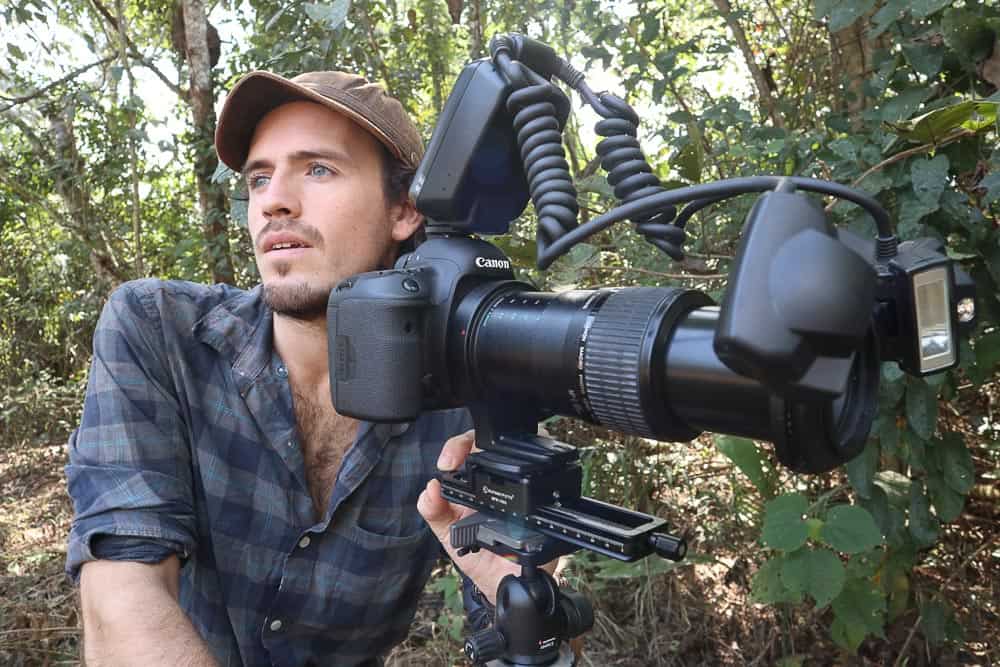 Mark Fernley is a British wildlife photographer with a passion for conservation. He spent four years studying and photographing migration patterns of elephants in Botswana, and several years photographing sea turtles and other wildlife in Costa Rica, before heading to the Peruvian Amazon Rainforest. Based at a research station, Mark has been photographing for different conservation organisations, promoting wildlife conservation on an international level. Within recent years, Fernley has stamped his name all over the web with some of his unique photography projects, including macro photography of insects, scales of the Amazon, bats in motion, and his most publicized project, the Mirror Image Stimulation Study (M.I.S.S.) that focuses on the competitive recognition of Neotropical Big Cats in the lowland Peruvian Amazon. 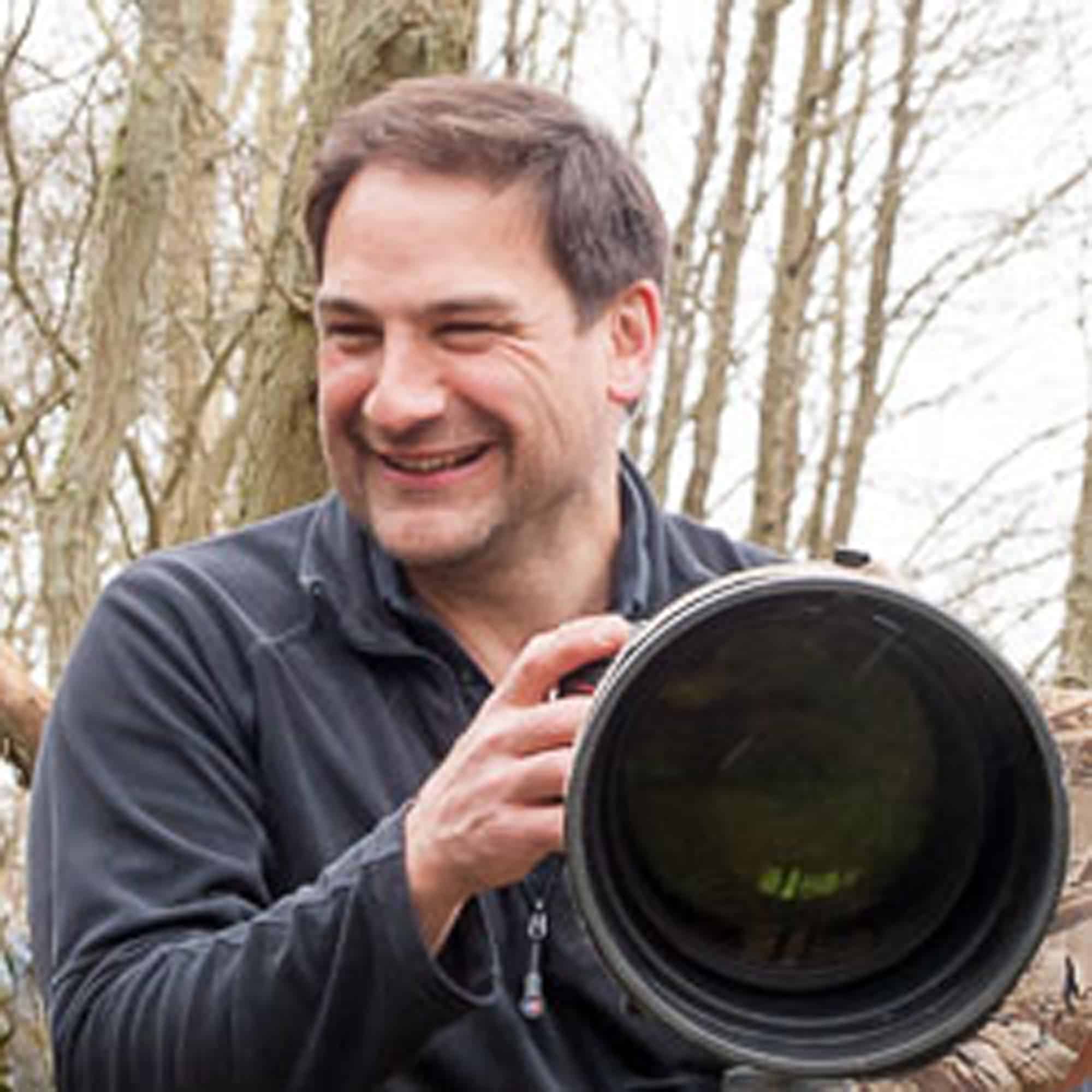 Kaleel Zibe is an award-winning freelance wildlife and sports photographer / filmmaker. Based in the UK, he has worked with a wide range of clients including the BBC, the RSPB, Montane and Wild Planet Photo and Bird Watching magazines. In 2011, he published ‘Wildlife of the Farne Islands,’ an extensive photography and guide book that documents the islands’ natural beauty in a stunning way. Kaleel also leads photography safaris in Kenya and Uganda and is passionate about creating incredible photographic opportunities for his participants. 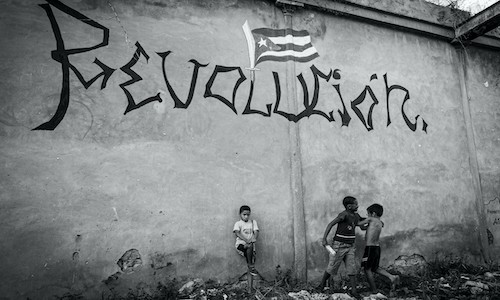 Document the affects of COVID-19 in Cuba during a photojournalism journey. 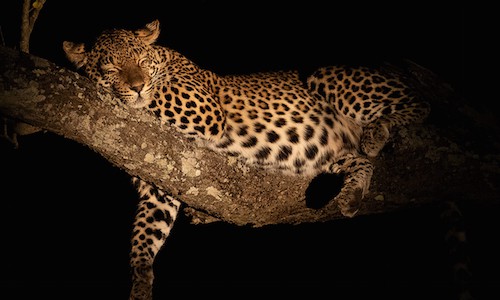 Photograph leopards, lions, elephants, rhinos, and much more during this 7-day photo safari. 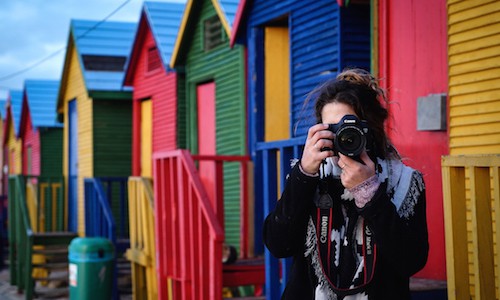