Some interesting – and slightly quirky – London facts that might surprise you

An important part of a being a great photographer is getting to know the place that you will visit. Here on our blog, we have provided quick facts on Iceland, Namibia and the Victoria Falls to help photographers get an understanding of these places before they visit them on a photo tour. Now it’s time to shine a spotlight on a more urban destination with ten facts on London.

There are lots of cities in the world that feel like they were made to be photographed. London is one of the world’s most famous and oldest cities. It’s impact on world history, economics, and culture cannot be underestimated. So we have complied 10 quick (and quirky) facts on this wondrous city.

People have lived in the area of London for a long time. In 2010 archaeologists found timbers in the Thames that were 6,000 years old. Vauxhall History reported that the site is right next to the famous Mi6 headquarters on the Albert Embankment.

London blog the Londonist revealed that the first documented inhabitation of London came in the form of the Romans who settled in the area in 43AD. The Romans named the settlement Londinium, which evolved over time to become London.

Big Ben is one of the most iconic symbols of London and is instantly recognizable across the globe. Or is it? In fact, Big Ben is not the famous clock tower at the north end of the Palace of Westminster but the great bell inside it that chimes every hour. Four smaller bells also chime every quarter of an hour. The clock tower is called the Elizabeth Tower after Queen Elizabeth II.

London is a very popular destination for travelers. In 2014 over 16 million international visitors came to London making it the most visited city in the world. 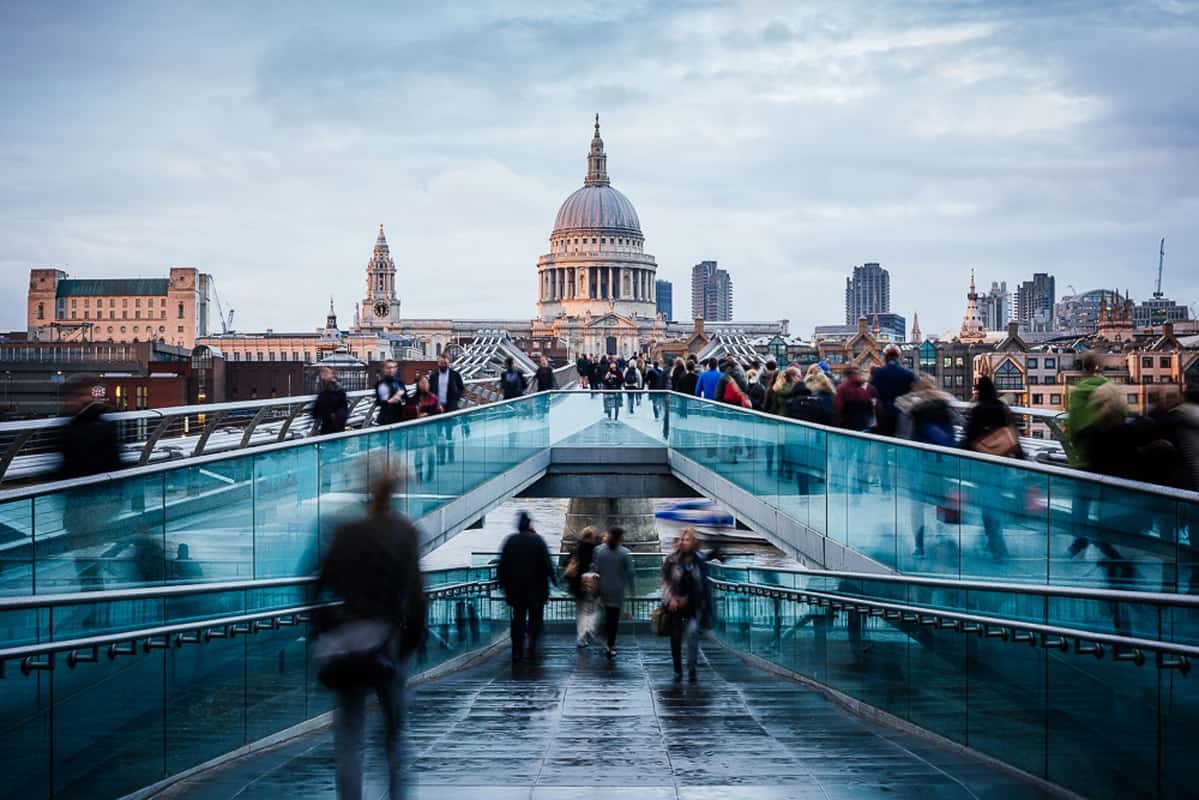 5. Its main airport – the perfect place to capture planes in photo

Heathrow is Europe’s busiest airport with an average of 75,000,000 passengers passing through it each year. The airport hub has become an important part of London’s heritage and gained worldwide recognition with film fans due the opening scene of Richard Curtis’ “Love Actually”. The airport is ideal for airplane photographers visiting London, as Parking4Less who operate out of Heathrow state that more than 90 different airlines operate out of the air hub, and it’s only a 15-minute non-stop train journey away from central London.

London’s underground is the oldest metro system in the world. However, a much more interesting fact is that St John’s Wood is the only Tube station that doesn’t have any of the letters from the word ‘mackerel’ in it.

For those looking to get some peace and quiet London is one of the world’s greenest cities with 40% of green space. London’s parks are an ideal place to take some great photographs of the city’s wildlife.

London is an extremely diverse city with approximately one third of Londoners being foreign-born. The heritage of these different cultures is best demonstrated through London’s food scene and events like the Notting Hill Carnival.

Despite British cuisine’s international reputation London is considered the breeding ground for Michelin star chefs. Many of the world’s most acclaimed chefs have a restaurant (or two) in the city. London’s food market scene is also very special.

10. Not your usual feeding time

Speaking of food, Londoners in the 18th century could gain admission to London Zoo without paying a penny by bringing a dog or cat to feed the lions.

All images by Ben Pipe