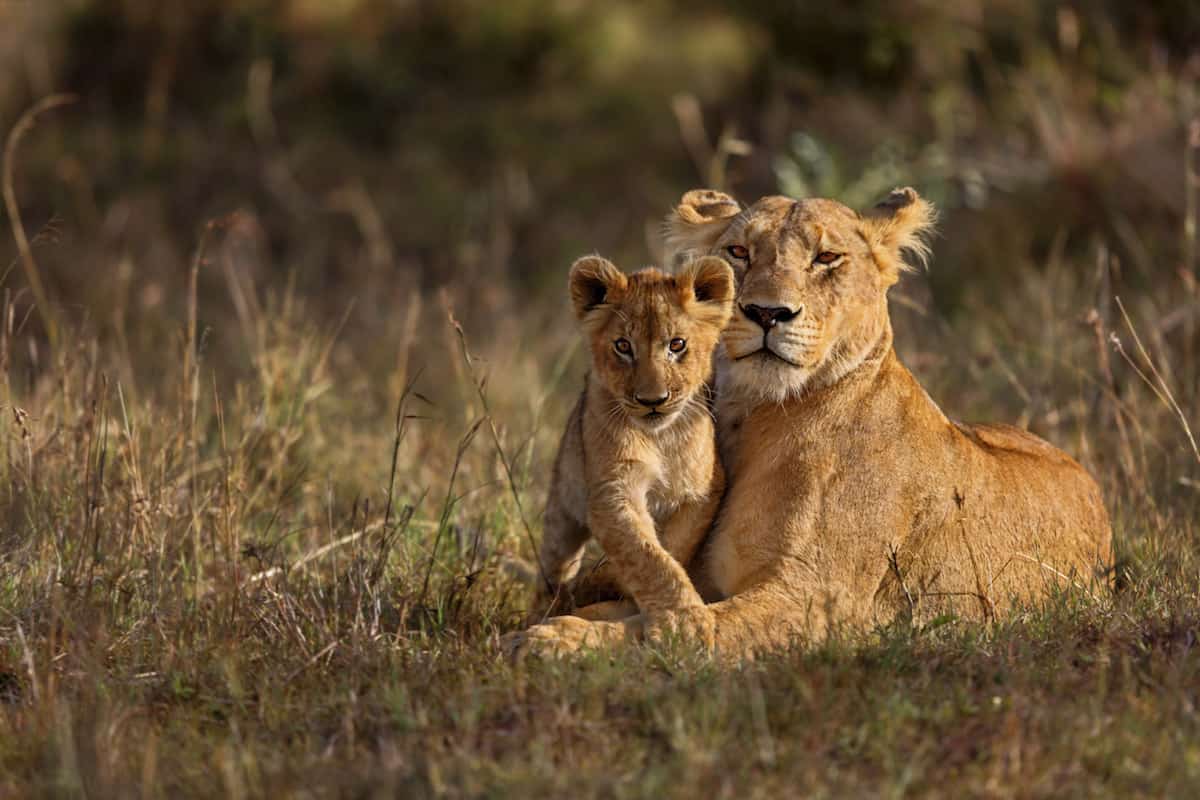 In September last year, we ran a competition with our friends at Cameraland to give away a space on our African Wildlife Photography Workshop. Capetonian Bianca Lyness was the lucky winner, and she recently ventured to Djuma Private Game Reserve in Sabi Sands for the photo safari. Joined by five other keen photographers, and guided by wildlife photographer Alan Hewitt, Bianca had an amazing wildlife adventure that featured close encounters with rhinos, plenty of leopard photography, and an action-packed lion hunt.
(Banner image and group image by Alan Hewitt, all other images by Bianca Lyness)

I am subscribed to numerous photo gear shops’ newsletters. I saw the competition come through and entered, because who wouldn’t want such an incredible opportunity! At first I couldn’t believe I won. It fell right around the time of my birthday and it felt like a reminder from the universe to pursue not only my professional and educational passions but my recreational ones as well.

I can’t stop talking about the experience. We were so blessed to see so much wildlife in such a short space of time. Every game drive held an incredible experience. We generally didn’t have to go far to find game, we would then experience 3,5 hours in pure exhilaration, going from one sighting to the next. We would generally stop halfway for coffee and rusks, provided by our wonderful guides and generally at hippo sighting spots. After returning to camp, we would be treated to a hearty continental breakfast. Afterwards, we would all gather for a chat and talk on improving our photographic techniques, learning more about our settings, and editing. We would have lunch and head out for the next drive at around 3.30. We would get back and have dinner, exhausted but blissfully happy, and enthralled by the experiences of the day.

I would have to say that watching a lion hunt go down had to be the ultimate experience and one I feel so privileged to have witnessed it. This was the most spectacular experience. We got up close and personal with the Torchwood Pride, regular inhabitants of the reserve on the border of Kruger, consisting of seven lionesses, 10 cubs, and one lazy rather greedy glutton of a male. We met them, lazing around downwind of a plain. First a female stood up and she sniffed the wind – unknown to us, just 500 meters away, a herd of impala grazed blissfully unaware of their presence. She moved to a tree and began sharpening her claws. She then gently nudged her friends awake. Slowly but surely they all stood up. One disappeared in the opposite direction and the others all went in the other. It was exciting to realise that as we drove with them, these powerful animals half the size of the truck we were driving, were about to hunt. This was going to happen right in front of us. There was a tension in the air, the sort one gets before a live performance, and we were not to be disappointed. It took a matter of seconds. Suddenly the herd came hurtling towards us, buck flew in every direction, and the lionesses caught two unlucky impala mid air. The most startling thing then happened. The male who had watched this happen from the side lines, galloped with the sunlight dancing in his mane to one of the kills, and they began fighting over the remains, ripping it to shreds. The male held onto the largest part of that kill while the females took what they could get. We stayed with the male while in the background we could hear the growls of the other females and cubs fighting over the other kill. Such team work to take them down, such violence in the fight for pieces. Serious mad respect for these powerful beasts.

Of equal thrilling quality, but for very different reasons, was getting up close and comfortable with rhinos. I firmly believe in the magic of Africa’s real live unicorns. They are breathtakingly majestic and demanding of the utmost respect, regal and protective of each other. Having them within a few metres of the vehicle and being able to spend so much time with them was truly an experience that will stay with me forever. We also had a run in with a large pack of wild dogs. Highly endangered and extremely efficient hunters, they gave me a sense of awe and an uneasy understanding of the fragility of my own life as they ran around us not less than five meters from the truck. Lastly but far from least were the eight opportunities we had to encounter Karula, the resident leopard and her cubs, sometimes together and at other times alone. Leopards hold a special place in my heart. Their eyes shine with a wild beauty that one cannot possibly capture on film no matter how long you spend shooting with them.

I started getting serious about photography and developing a keen interest a good number of years ago. I started off on an entry level DSLR a few years ago and made a plan to save for my first top of the range DSLR, a canon 7D, which is the very camera I shot with throughout this trip despite having an option on a 5D with me. This workshop has definitely improved my wildlife shooting capabilities. My photography on day one could have honestly been shot by a completely different person by the time I left on day seven.

The entire experience, the helpful staff, the incredibly talented guides, Alan, the people participating, I think such service, such good company, and the absolute abundance of wildlife is absolutely priceless.

Join us for a wildlife photography workshop in Kruger’s Sabi Sands in 2018! We’re about to launch new dates.

How to Contribute to Conservation Photography

How to Contribute to Conservation Photography