The Power of Humanitarian Photography

In 1992, James Nachtwey could not get an assignment.

Yet, when he had heard about the humanitarian crisis in Somalia, in which armed conflict and food insecurity was overtaking the country, he could not get an assignment to go and document the need for international relief funding.

Rather than wait for an official assignment, a desire to make an impact compelled Nachtwey to take matters into his own hands – he traveled to Somalia on his own. While there, having received the support of the International Committee of the Red Cross upon arrival, he captured devastatingly moving pictures of the crisis – most notably, the famous image of a Somalian woman at the brink of starvation collapsed in a wheelbarrow, waiting to go to a feeding centre.

When he returned to the US, Nachtwey’s pictures were shared across the Western world, including in a cover article for the New York Times.

The result? Public support for the crisis to the International Red Cross quickly became the largest relief operation since World War Two.

Nachtwey’s images made the impact.

The story of James Nachtwey’s involvement in the Somalia Famine is a moving example of the power of humanitarian photography. Since the beginning of photography, people across different nations, social classes, circumstances, and backgrounds have used it to tell powerful stories of daily life. Photography has given a visual voice to the voiceless.

So while this timeline is brief, we encourage you to explore this fascinating history further and find inspiration from some of the incredible humanitarian photographers we may not mention!

Where It All Began

Most historians believe the earliest surviving photograph on record was by Nicéphore Niépce around 1826. Using a camera obscura and technical inspiration from the light-printing method of lithography, Niépce was able to create the first-ever photograph. Known among historians as the “View from the Window at Le Gras”, it took hours of exposure to produce the photo – a far cry from our ability to now capture images in thousandths of a second!

While this image was revolutionary for its time and is believed to be the catalyst for decades of photography to come, the process of taking a single photograph was still extremely inefficient. Beyond the hours of exposure necessary, the process required direct sunlight, a specific type of light-sensitive oil, and a pewter plate to produce the image on. 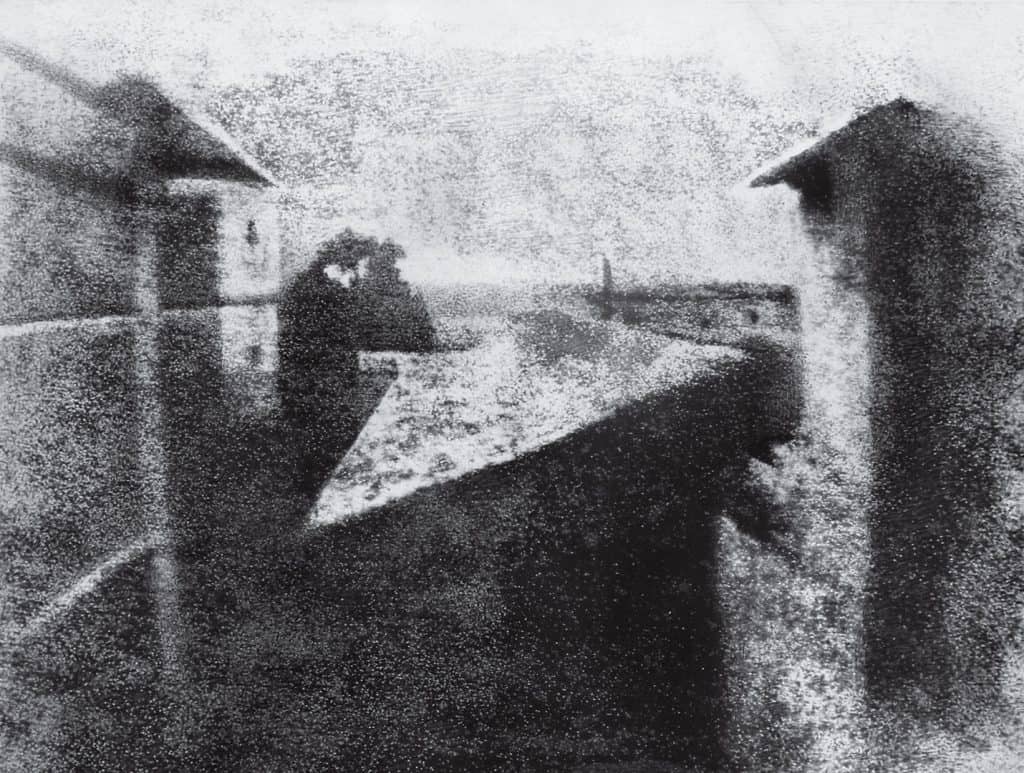 View from the Window at Le Gras, Nicéphore Niépce

For photography to become the art form and storytelling platform we know it to be today, some innovation was necessary.

Over the coming years, the practicality of photography evolved. In 1839, Louis Daguerre announced his daguerreotype process. Reducing the exposure time from hours to a matter of minutes, the introduction of Daguerre’s innovation made photography widely practical and accessible for the first time. Soon followed by the invention of the calotype negative process by William Henry Fox Talbot and years of other exciting innovations, by the mid to late 1800s, photography was on track to become an exciting medium for change.

Across the world, the 1800s were a challenging time. Faced with political tensions, extreme poverty, dangerous working conditions, massive famines, and the aftermath of devastating wars worldwide, many people were facing intense suffering daily.

The introduction of photography was almost instantly met with photographers using this new medium to document social issues in their community. As a communication tool and form of self-expression, photography in the 1800s was revolutionary. Immersed in the realities of mass anguish, individuals could now not only express the pain they were feeling but communicate it to the people who could help. 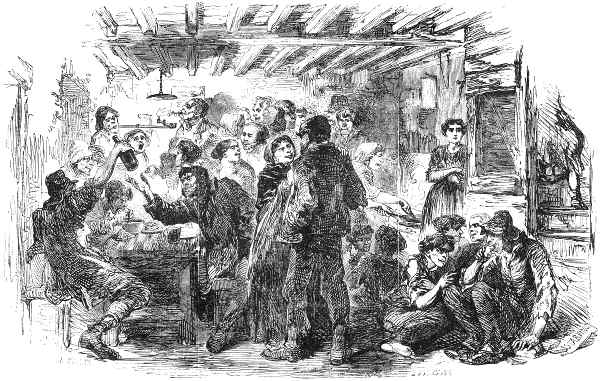 Historians consider the earliest example of using photography for impact as Henry Mayhew’s series London Labour and the London Poor in 1851. In his series, he sought to document the tough working conditions of people living in London at the time. With photography still being a relatively new medium, Mayhew was not able to directly turn his photographs into prints. Instead, he had to share his series by hand sketching close reproductions of the images he had shot.

Following Mayhew’s series was Street Life in London, shot by Alophe Smith and John Thomson in 1877. Documenting the poverty and poor living conditions that was a reality for much of London’s working-class, Smith and Thomson were able to improve upon the image quality of their predecessor by sharing original photographs. At the same time in Edinburgh, Thomas Annan was completing a similar project – using photography to raise awareness for the need for new housing for the working poor.

However, it was not until the 1880s that photography became widely popular and accessible. The introduction of the Kodak camera, along with the innovation of direct reproduction of photographs into prints made photography a far more economical and efficient medium than it had previously been. With this came an explosion of groups and individuals using photography for humanitarian purposes.

One of the most notable of these new humanitarian photographers was Jacob Riis. In New York, Jacob Riis – who immigrated from Denmark to New York in 1870 – was using photography to advocate for the living rights of new immigrants to the US.

Using the discovery of flash powder that allowed photographers to take pictures in dark spaces, during his shoots, at night, Riis would go into some of the most impoverished areas of New York to take photos of the living conditions of new immigrants. Riis thought that it was these conditions that were contributing to the increased crime and dissolution in areas with high immigrant populations. By improving living and working conditions for people new to the United States, Riis believed that crime rates would fall and quality of life would increase.

Acclaimed by Theodore Roosevelt – who at the time was serving as President of the Board of Commissioners for the New York Police Department – as being “one of the most useful citizens of New York”, Riis’ work became influential to the improvement of immigrant rights during the late 19th century. 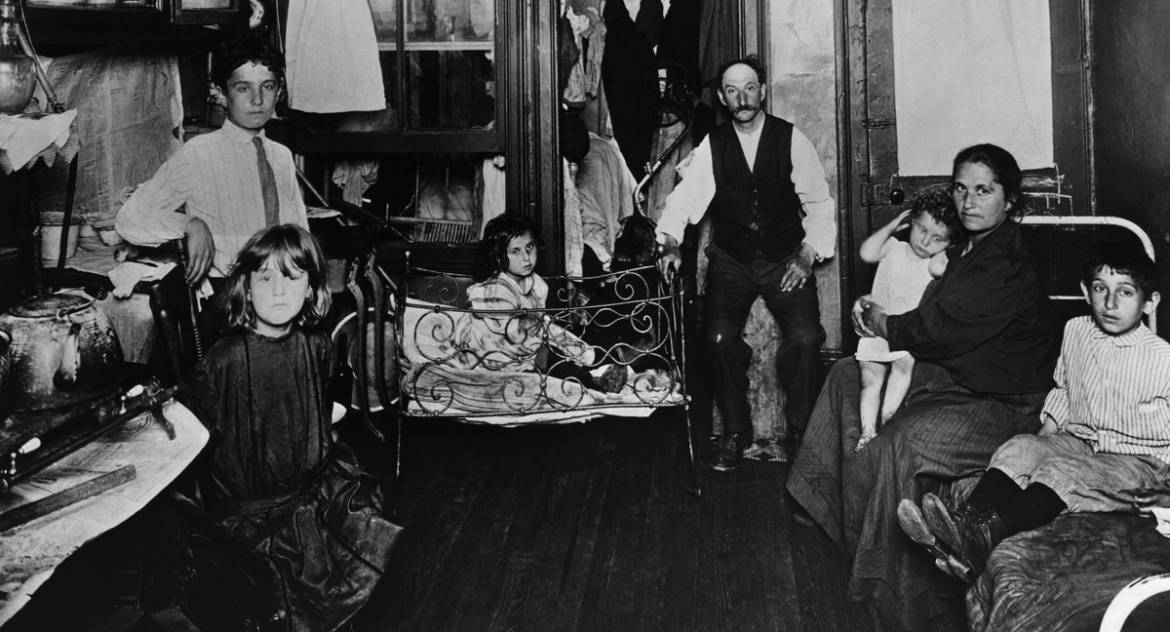 How the Other Half Lives, Jacob Riis

The Rise of International Humanitarian Photography

As photography for social change began to take off within communities during the 1880s, it wasn’t until the 1890s that humanitarian photography became a force for impact in international relief campaigns.

One of the earliest large-scale publications of international humanitarian photography was in a series done by Julian Hawthorne in 1897 for Cosmopolitan Magazine. As the magazine’s “Special Commissioner to India”, Hawthorne spent three months on an expedition to document the heart-breaking food scarcity that was devastating India. During his time abroad, Hawthorne captured many harrowing images, calling them some of the “saddest and grimmest spectacles known to modern times.”

Evangelical publications like the Christian Herald and Christian and Missionary Alliance also covered the Indian Famine in the 1890s. Traveling to India on relief missions to bring aid to the mass starvation the country was facing, photography soon became an integral part of their communications campaigns. On their relief trips to India, missionaries began taking cameras along to document the pain they were seeing. The missionary groups then used the photos to promote donation campaigns and encourage relief funding for groups providing aid to people in India.

While the images of famine-stricken India were undeniably painful to look at – especially when you consider they were the first images of international suffering to reach the Western world – all the publications were under the same conclusion that showing these images was absolutely necessary. Humanitarian photography was revolutionary in the way it could encourage empathy and engagement among people in positions of privilege.

As highlighted in the report, “History of Humanitarian Photography”, images had a way of combating the inexpressibility of pain. While it would never be authentic as a first-hand experience, it forced people to look at suffering and respond. Pictures had the power to engage with people across barriers of status, race, wealth, nationality, and language. In doing this, photography became a powerful force in enabling people to look beyond their situation, the news in their community, or the issues facing their country, and empathetically engage with people across the world. In a time when the ability for an average person to instantly connect with someone across the world did not yet exist, early humanitarian photography campaigns destroyed the physical distance that once separated people in desperate situations and those that could help.

Since the early beginnings of humanitarian photography in the 19th century, it has evolved to be an integral part of many powerful social impact campaigns.

From images of Women’s Sufferage protests, to The Civil Rights movement in The United States, to Apartheid in South Africa, humanitarian photography has been influential in telling the stories of many social justice movements. With each innovation of photography, from the ability to produce color images to the power of smartphone cameras today, photography has become increasingly inspiring in its ability to give a visual voice to humanitarian issues.

A powerful modern-day example of humanitarian photography is Nilüfer Demir’s photograph of Alan Kurdi. Alan Kurdi was a young Syrian refugee who had set sail for Greece with his family in 2015. Within minutes of launching off the coast of Turkey, the boat that was carrying the Kurdi family capsized, and Alan, his brother, and mother all drowned. Only a few hours later, during a walk along the coastline of Bodram, Turkey, Demir discovered the scene. Realizing the hopelessness of the situation and his inability to save Alan after his passing, Demir decided to take a picture of the heartbreaking loss. The devastating image of Kurdi soon went viral across social media and news publications, ultimately resulting in some European nations to begin opening previously closed borders to refugees of the ongoing Syrian war.

Today, the popularity of social media and the availability of always having a camera in our back pocket has created a whole new generation of humanitarian photographers. Now, anyone with a camera – whether it be a DSLR or mobile phone – can use photography to tell the stories of issues their community is facing and share these images to make a difference. If you ask us, that’s pretty incredible.

“Above all, I know that life for a photographer cannot be a matter of indifference.” Robert Frank, an influential Swiss photographer

Humanitarian photographers are storytellers. Every time you pick up your camera, you receive a beautiful invitation to go and tell the stories of people in your community. The exciting part? You don’t have to be a professional photographer to make an impact – you only need to be honest and authentic in the way you approach the world around you.

We believe in the power of photography to make an impact, and we believe that photography can create positive change within a community – we would love for you to join us! 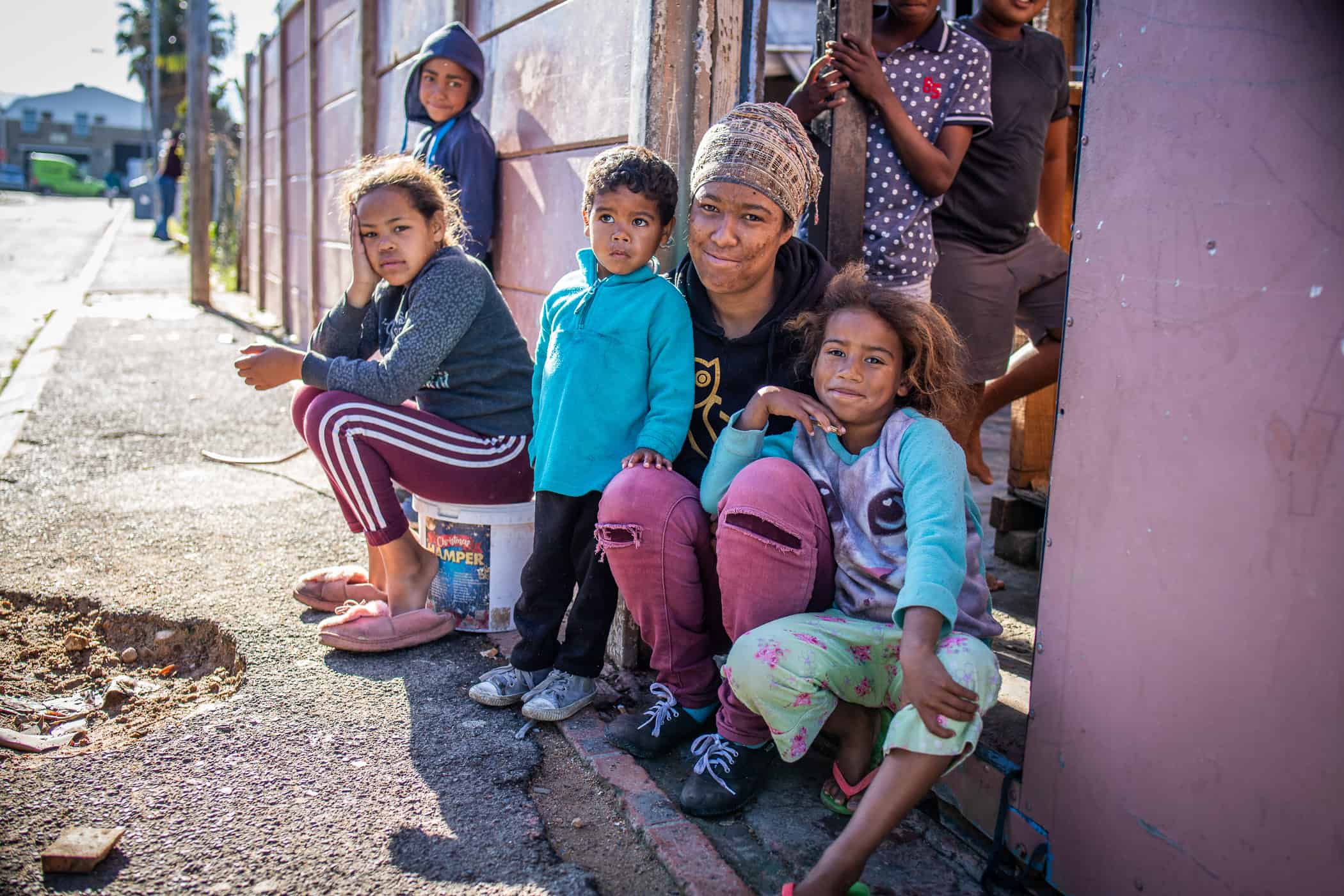 Whether you start by sharing the stories of nonprofits in your community or join one of our Humanitarian Photography Workshops, we encourage you to dive into the purposeful craft of impact-driven photography.

The history of humanitarian photography is a story of hope. While filled with the pain of social issues and mass hardship, it demonstrates an inspiring call to action – when we openly tell stories, give a platform to those who often don’t receive one, and unite under a common goal, we can make a difference.

You can make a difference.