A Day with the Cape Town Photography Tour

How is it really like to be on our Cape Town Photography Tour?

As the marketing coordinator for Penda Photo Tours and Penda Trust, I stay in the office. My days are filled with interesting projects, from writing articles to researching exciting future opportunities and communicating with you all on social media. However, when I was offered the chance to join the Cape Town photography tour with National Geographic photographer Tyrone Turner and local photographer Sarah Isaacs, I took it without hesitation. What followed was a first-hand account of a quality photographic experience, and a chance for the participants to donate their photos. More on that later. 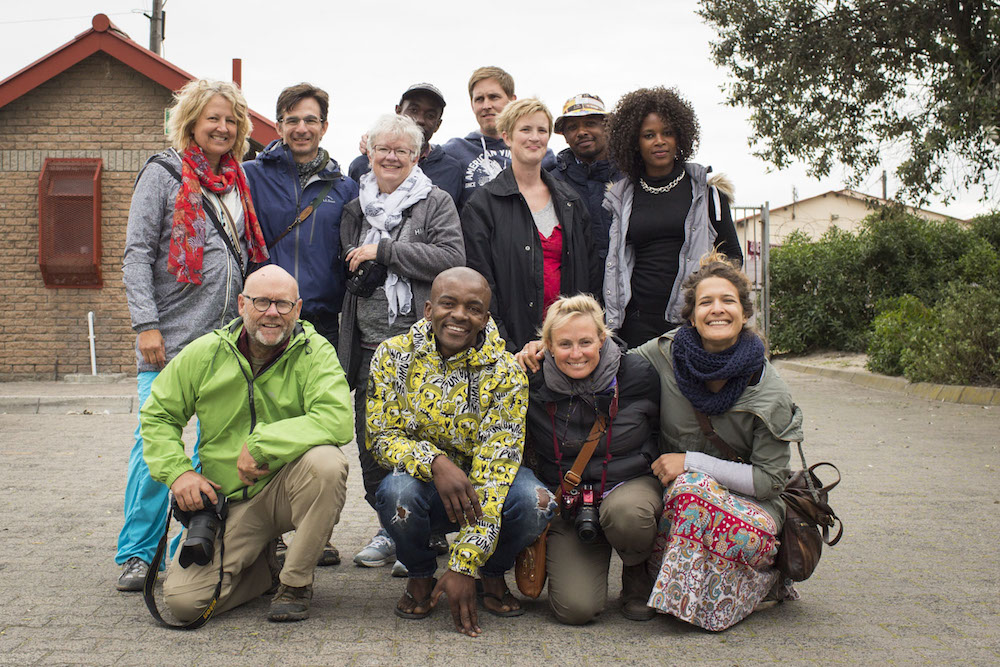 Our day began early, only natural when you’re on a photography tour. Accompanied by Misha Teasdale, Director of Greenpop, a tree-planting NGO in Cape Town, I met the group at their guest house and we soon piled into the van, headed for our first stop of the day. Cape Town was a bit overcast, perfect for portrait photography I was told by Tyrone, as it creates a softer light. On our way to Philippi Farms, a large farm outside of town, Tyrone and Sarah would chat and joke with everyone in the van. It was evident to me that the group had grown quite close, having been together since the Kruger Wildlife Photography Workshop from the previous week.

Arriving at the farm, Sarah and Tyrone gave tips about how to go about taking portraits. We would be going into the fields, taking pictures of the workers who were unfamiliar with and unprepared for an impromptu photoshoot. This being the case, Tyrone and Sarah stressed the importance of smiling, saying hello and making an effort to connect with the workers before asking to take their photographs. The group seemed a bit apprehensive at first, but initial awkwardness gave way to connection, and tension melted away as the women in the field began to have fun, posing for the photographers. In a second field, the women working were suspicious but quickly warmed up to the group when Misha broke out his Xhosa language skills to explain to them what we were doing. What I learned: sometimes as a photographer you need to get over what feels uncomfortable to you at first and focus on trying to make the people feel comfortable instead. As Tyrone pointed out, you may think you are imposing, but such an experience can be new for your subject and can be a welcome change. 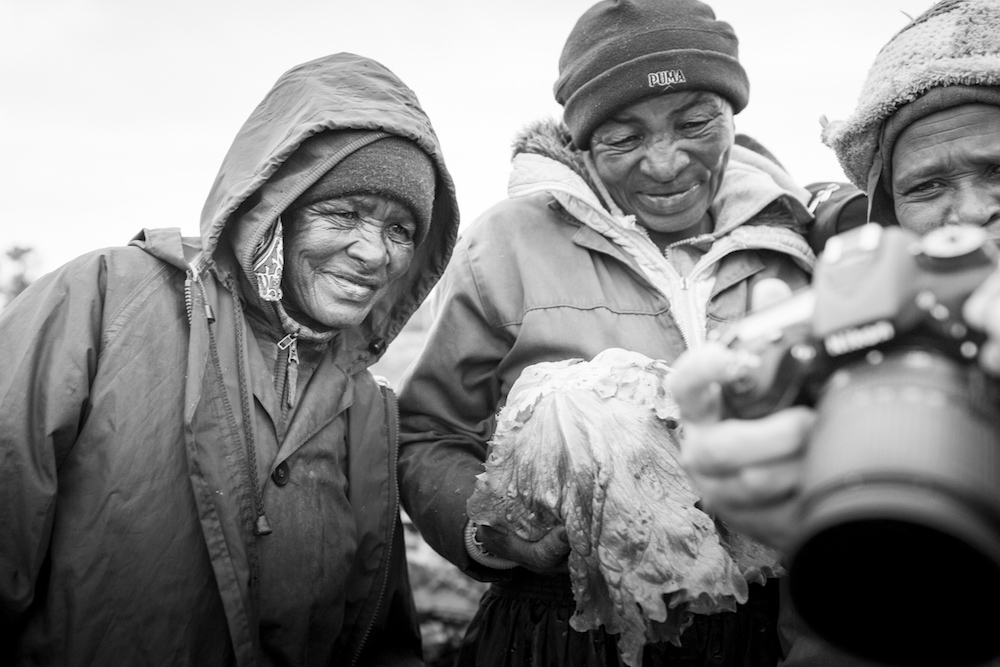 Our next stop was an elementary school in Khayelitsha, the largest township in the Western Cape. On the way, Tyrone and Sarah prepared the group for photographing children. Kids, they said, would be much easier, eager to have their photo taken. The school we visited was one with whom Greenpop works, and so Misha took the reigns, explaining about the gardening projects to our group. The moment the children appeared, we were inundated by them all vying for our attention, and all talk gave way to taking photos. As Tyrone had said, when someone wants their photograph taken, you take it and show them. It creates a good vibe and opens up a momentary connection which can result in the best of portraits. 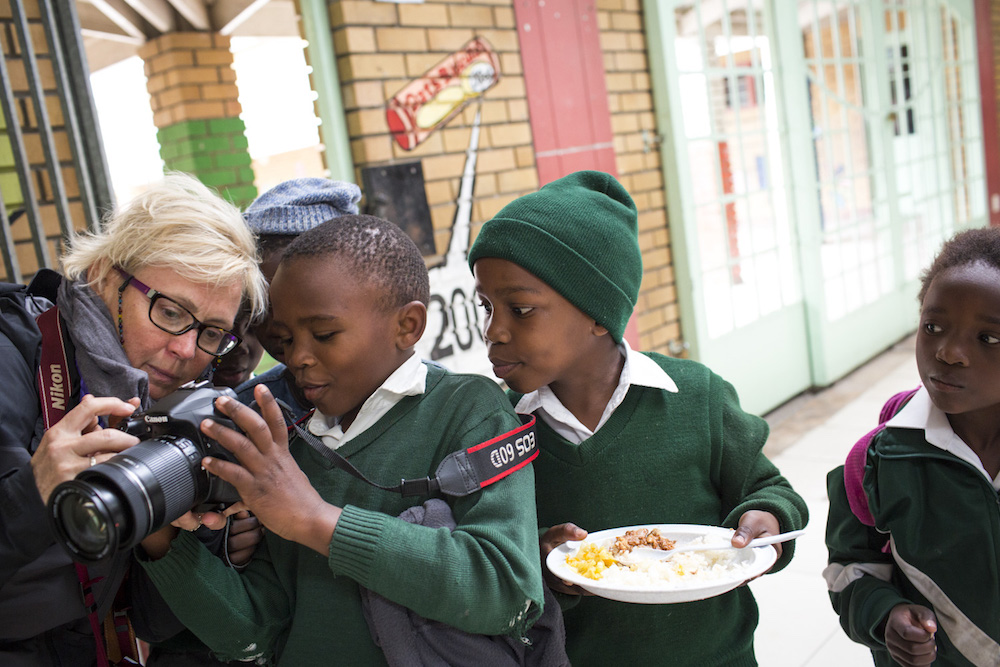 We then visited the Philani Maternal, Child Health and Development Project in the township, an organisation that seeks to help mothers raise healthy children, something which can be difficult for a mother in Khayelitsha. Speaking with the mothers as they worked on their looms or sewed or made collages, I could see the group was very inspired and everyone bought from the store. One participant, was impressed with their business model, where the organisation was able to be sustainable while still giving as much of the money earned back to the mothers as possible. 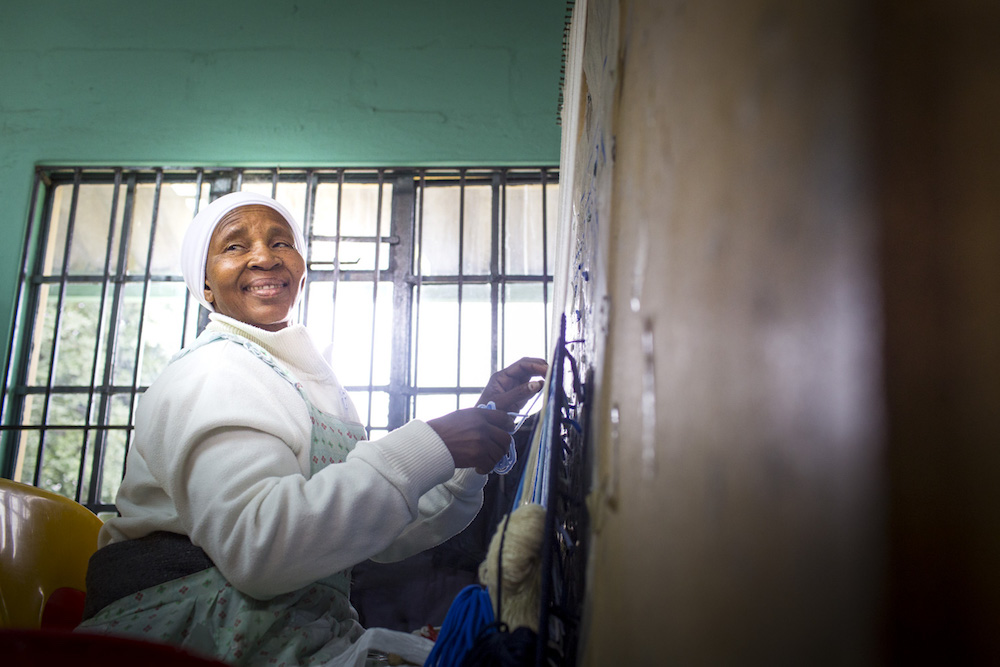 We were then led by local representatives and community leaders on a walking tour of the Khayelitsha streets. This could have been awkward: a group of foreigners lugging about large and obviously expensive cameras in full view of the public. However, although we were stared at (who wouldn’t?) we were met with smiles. Everyone seemed to be enjoying the experience, and I could tell the day was making an impact on the social consciousness of the tour. As we walked, frequently stopping to speak to and photograph locals, I was inspired to hear how the conversations among us were about the state of the townships, what it’s like to live there, the social projects taking place. Our guides were more than happy to educate and were well-informed, having all worked for NGOs focussed on addressing such social issues in the community. I ended the day, entirely satisfied and with my decision to join.

Conclusion? The tour truly is amazing. From the stories I heard while speaking to the participants to the hands-on guidance and conversations I had with Tyrone and Sarah, the day more than fulfilled my expectations. Besides the fantastic photographic experience gained from the guidance of Tyrone and Sarah, I think what made the day so memorable for me was how social mindedness was so seamlessly integrated into the workshop. Not only did we get to meet and hear from people such as Misha and our guides, change makers in Khayelitsha. We got to experience the social issues and work being done through photographing it. Furthermore, the participants were then given the chance to donate their photos to the very organisations they had visited. To me, the day was a prime example of Penda’s motto: creating positive change through photography. 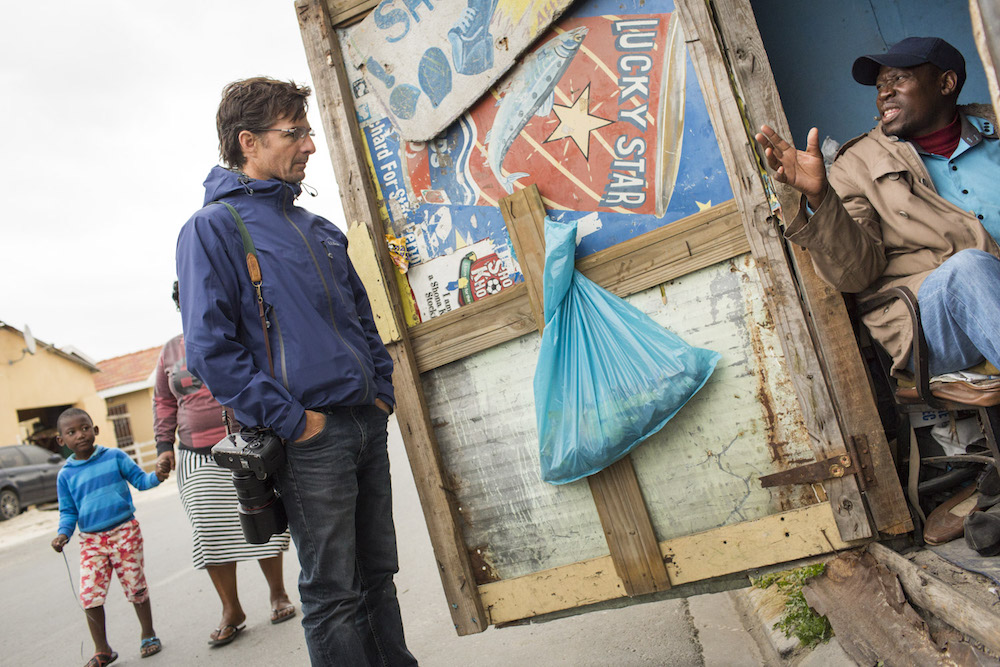 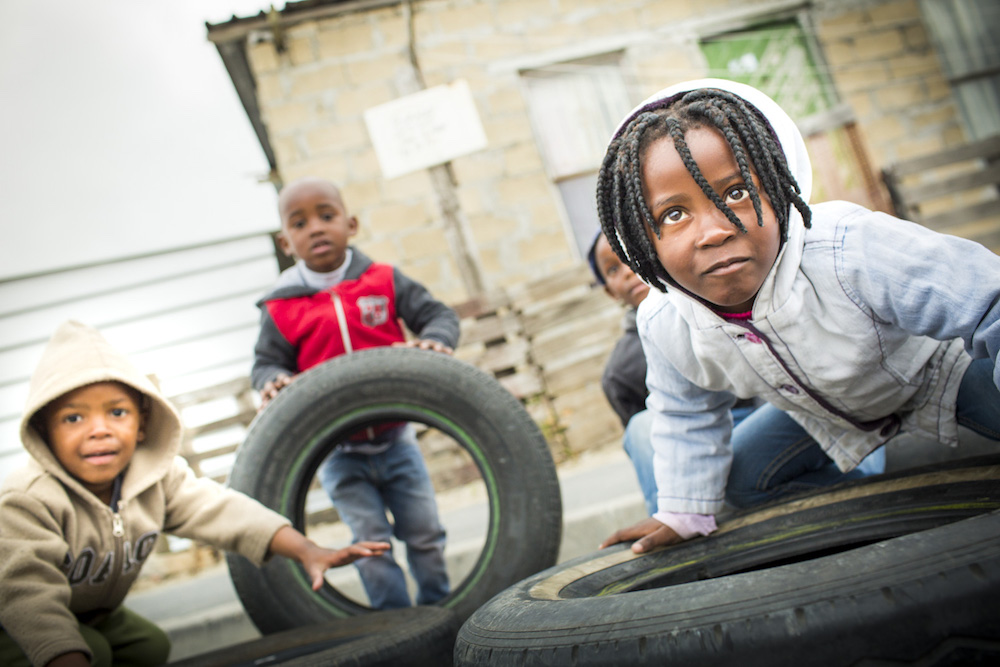 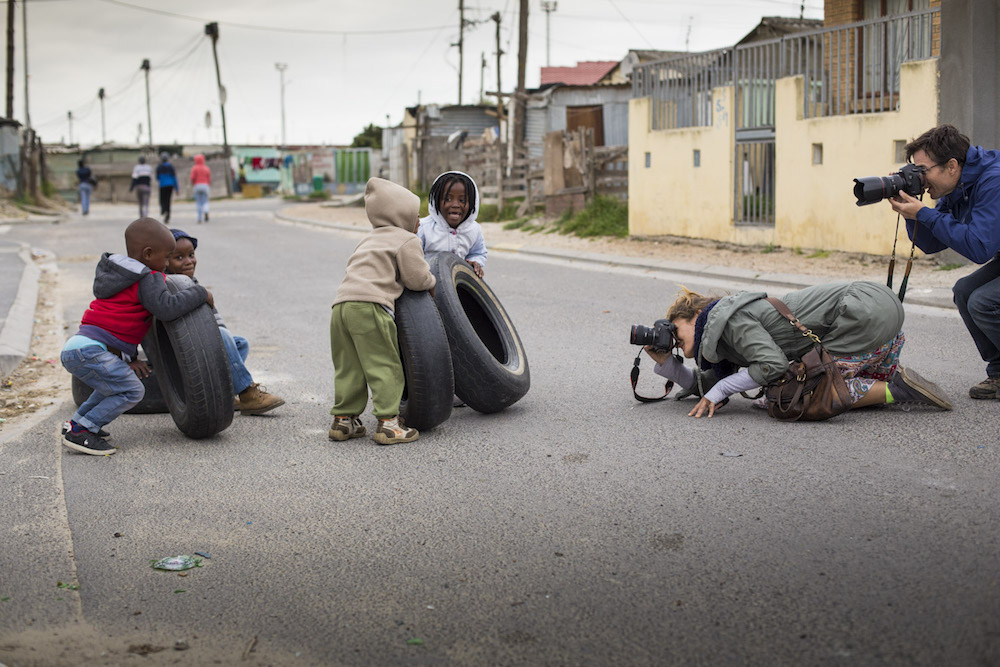 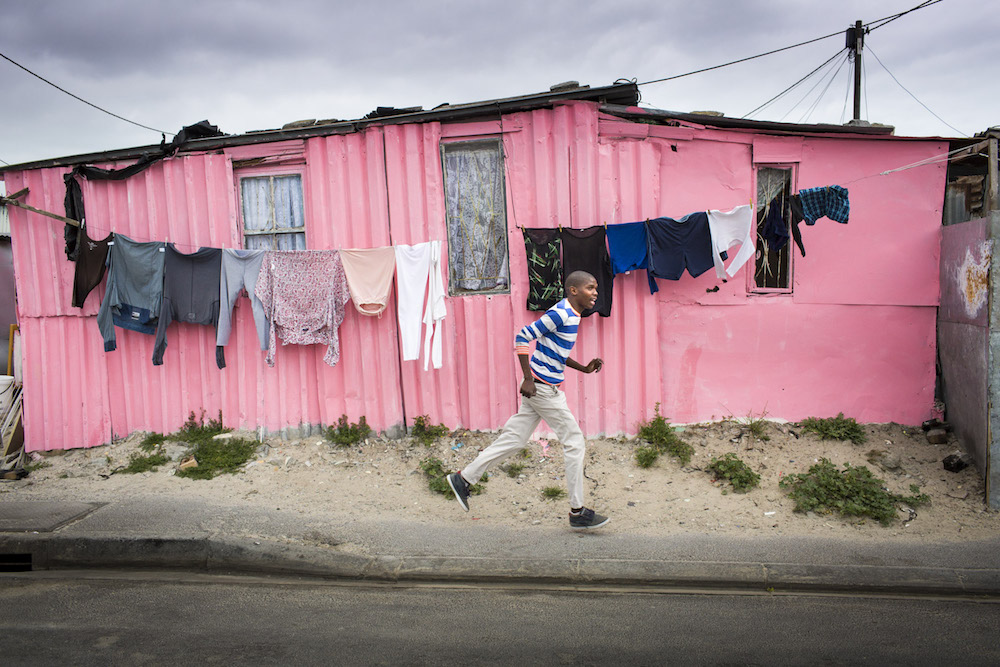 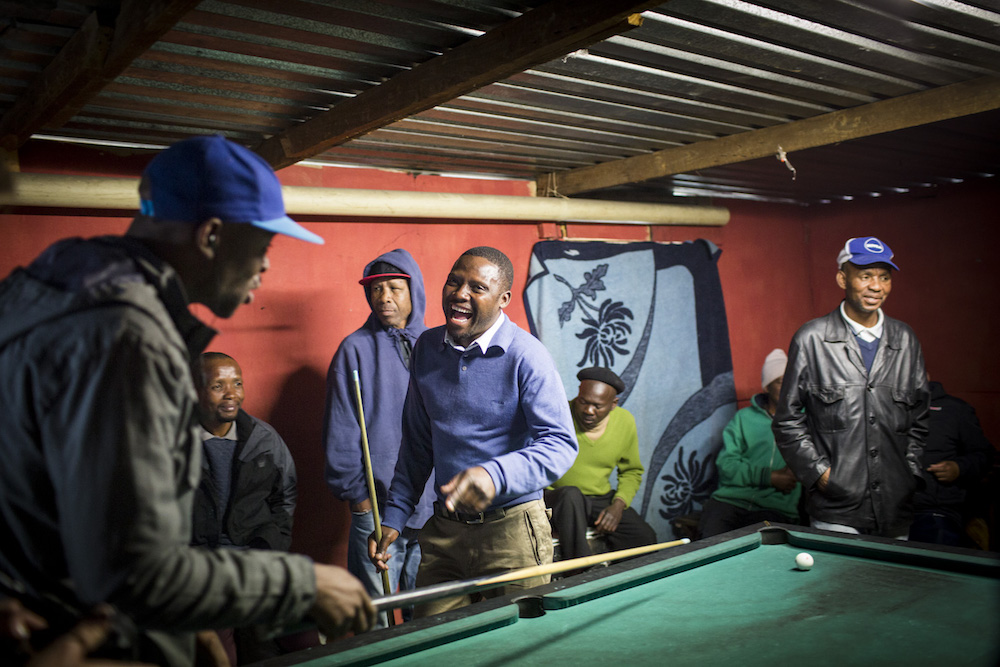 Most photographs by Sarah Isaacs.

Do you want to make an impact through your images or want to find out more about nonprofit photography? Then check out our Nonprofit Photography Internship and our Impact Photography Program, both in Cape Town!

You may also be interested in checking other photography workshops. Here are some of them: