When we imagine the most idyllic sandy beaches, crystal-clear waters and diverse sea life on the planet, our minds often jump to Thailand, Indonesia, or the Caribbean.

But how many of us immediately think of Mozambique?

Perhaps it’s trickier to conjure an image of a Mozambican coastline, what characteristics it’s recognised for, or possibly even where to pinpoint it on a map! (It’s, umm, somewhere in Africa or something, isn’t it?) In fact, it seems many of us know little about this somewhat undiscovered oceanic gem. However, in recent decades, the area’s bounty and biodiversity of life has drawn attention from marine biologists and photographers on an important conservation mission. In this blog, we will be shining a lens on the way ocean photography in Mozambique, by documenting scientific research programs, contributes to overall marine conservation efforts.

In East Africa, off the coast of Mozambique, lies the Bazaruto Archipelago – a cluster of five stunning dune islands rich in biodiversity. Iris Uijttewaal, Media and Communications Manager at a scientific research platform and Ocean Observatory in the archipelago, highlights the area’s uniqueness by commenting, “The first thing that comes to mind is ‘unspoilt’; the Bazaruto Archipelago is virtually untouched by mass-tourism and under the radar in general, despite its rich animal and marine life, varied ecosystems and incredible vistas of turquoise waters and white beaches.”

These days it’s rare to experience those Leonardo Dicaprio-esque (The Beach) moments – to stumble across pure, breathtaking beauty that hasn’t (yet) felt the blow of mass-tourism; indeed, it seems that these moments are usually reserved for cinematic escapism. Luckily the Bazaruto archipelago remains off the beaten track… for now! 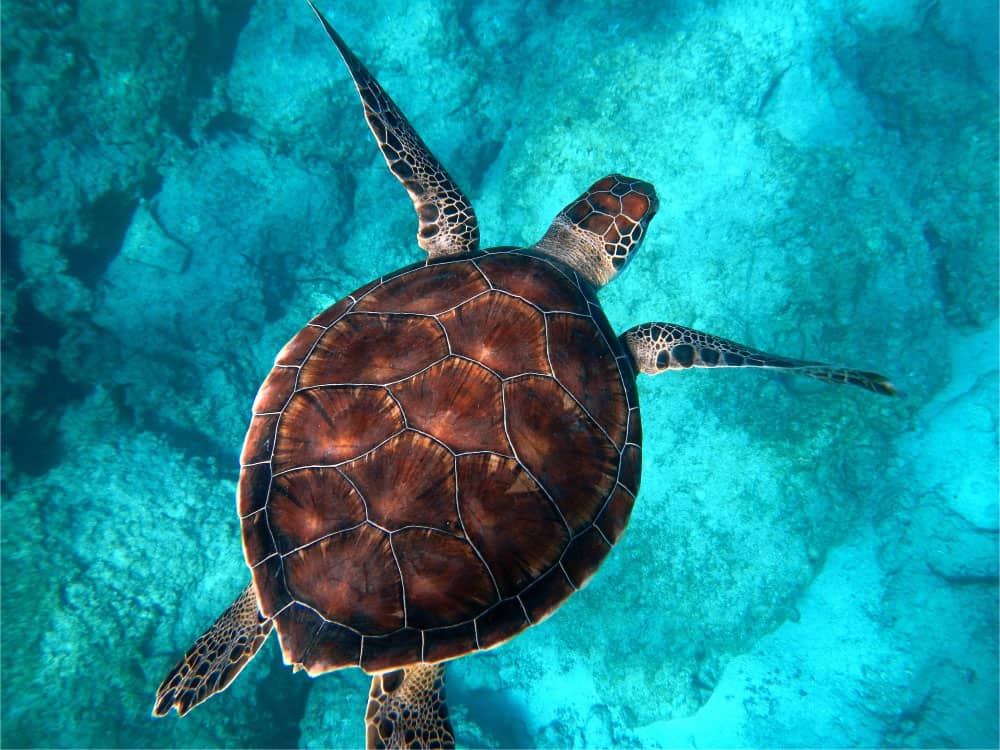 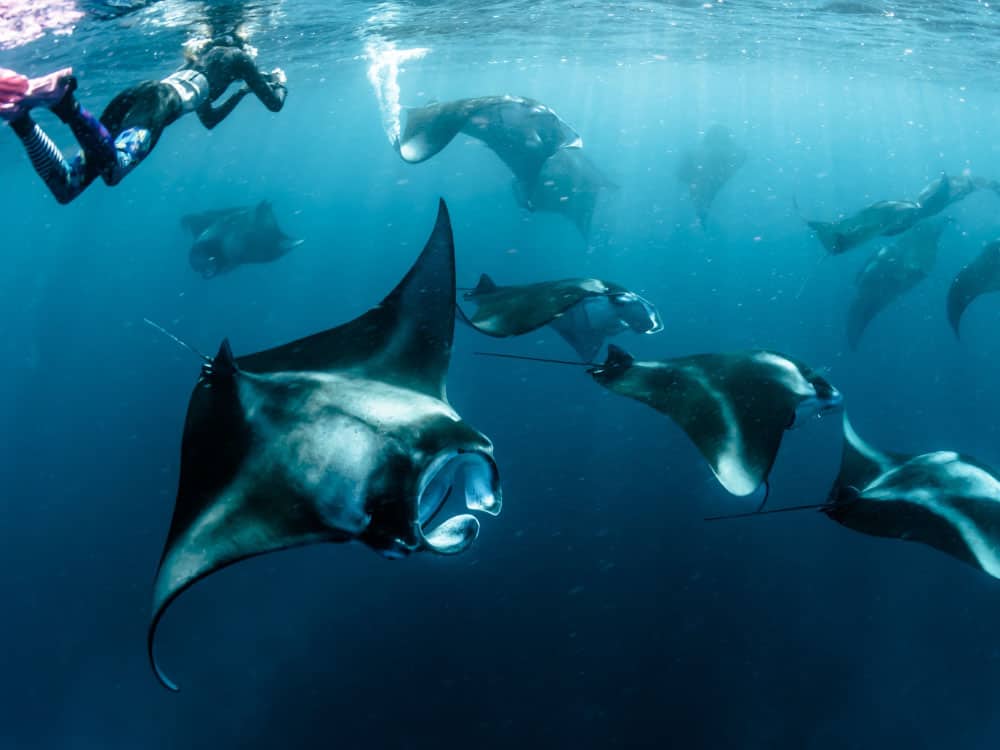 Having earned national park status in 1971, the Bazaruto Archipelago spans 143,000 hectares of protected land and sea, and supports a population of approximately 5800 residents, with 80% of locals depending on marine resources as their main livelihood. The archipelago is tucked away in the Mozambique channel, which is a 1000 metre stretch of deep water running between Mozambique and Madagascar.

Passing over the continental shelf, the channel serves as a key breeding ground for many pelagic and indigenous species, as well as an important travel corridor for migratory groups, including tuna, turtles and sharks. Owing to the archipelago’s relatively remote location, it is a hub and haven for an extraordinary range of marine life. Beneath the turquoise surface, various species of shark, dolphins, humpback whales, turtles, manta rays, varied schools of fish and crustaceans can often be spotted; the East African seascape is Disneyland for ocean enthusiasts!

Boasting over 400 species of hard coral, the Mozambique channel is recognised as having the second largest diversity of coral on the planet – a great indicator of a healthy reef! As well as this, the archipelago’s warm, calm waters nurture large areas of seagrass, which is the principal dietary source for grazing dugong (gentle giant herbivores commonly known as ‘sea cows’!) 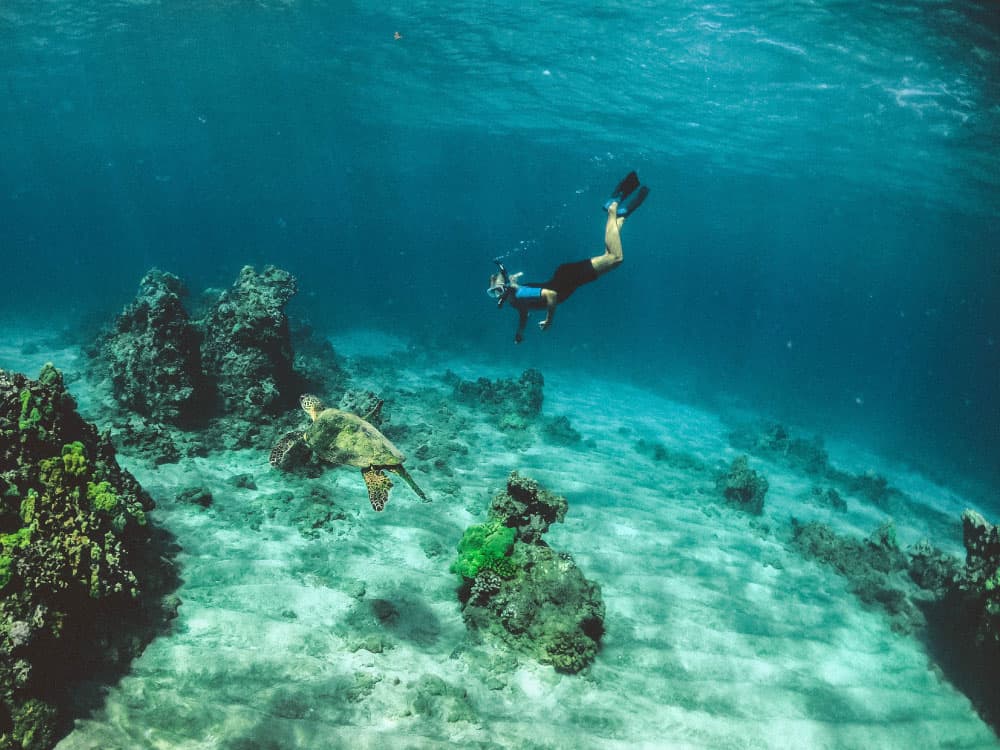 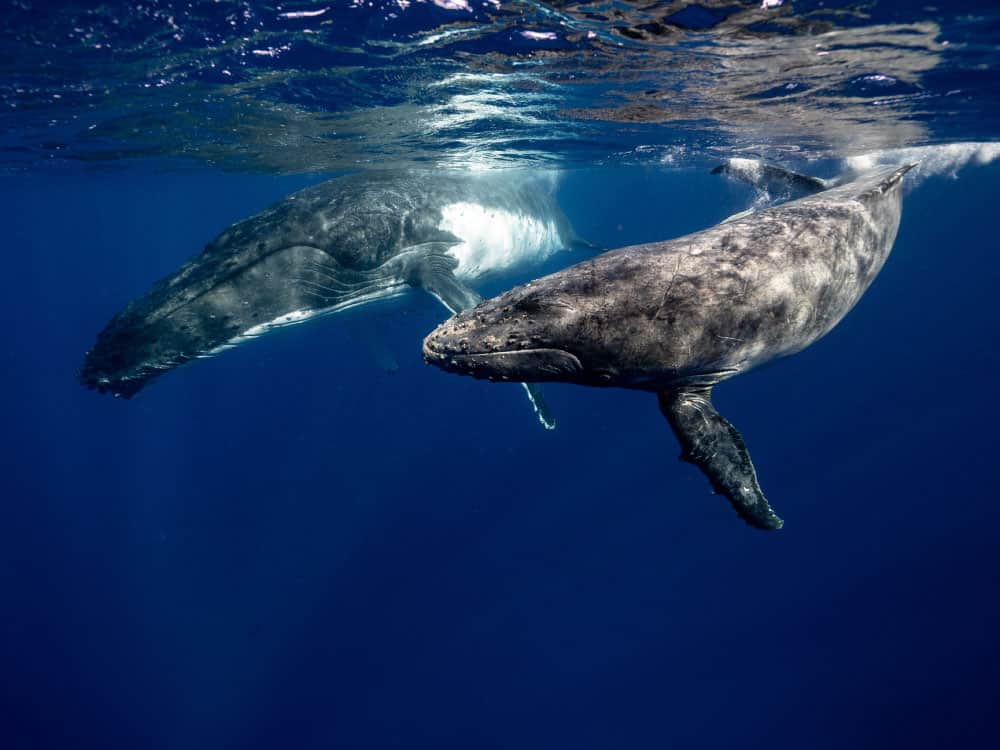 So far so good, right?

All things considered, the Mozambican seascape is still in relatively good shape, but it’s becoming increasingly vulnerable to the challenges that are ravaging marine ecosystems and coastal regions across the globe.

One of the major threats to marine life is, unsurprisingly of course, climate change. With 2020 being the warmest year on record and CO2 levels in the atmosphere at their highest in human history, our oceans are in trouble. The Bazaruto Archipelago is no exception. The far-reaching effects of climate change can be identified through the process of coral bleaching. This is a thermal-stress process, whereby, usually healthy, vibrant corals turn ghost-white (and eventually die) due to changes in the ocean environment.

Other issues comprise the increase in human pressure from the development of coastal towns, as well as extractive activities, including the unregulated use of natural resources in the area. Illegal and unsustainable fishing practices threaten biodiversity as well as other species which are caught as bycatch, including the dugong. In fact, in the Western Indian Ocean, there are fewer than 250 of these peaceful creatures remaining. With numbers dwindling, the dugong has been classed as a vulnerable species on the IUCN Red List of Threatened Species.

Karen Bowles, a research manager in the area asserts: “Perhaps the most important threat for me is the lack of scientific information and monitoring in the area. This is because without information we cannot know what is the “natural state” of that ecosystem, how these ecosystems are being impacted by anthropogenic activities, and what animals and/or ecosystems are being most affected. Without monitoring it’s also hard to assess if the conservation initiatives undertaken in the area are effective – and if not, how can they be?”

Whilst there is no one, clear-cut solution to the issues at hand, there is a beacon of hope for the archipelago. The answer lies in science and technology. When compared with other biodiverse marine hotspots, the Bazaruto Archipelago has slipped under the radar of global notoriety in terms of its ecological value. However, the conservation efforts implemented and managed by research centres and scientists in the area are helping to combat these threats. As Bowles states, “from identifying wildlife hotspots, understanding how wildlife use the Park, to unraveling how climate change and pollution are affecting the ecosystems on the Archipelago, our goal is to make evidence-based information available for conservation managers, decision- and policy-makers.”

Photography comes under the umbrella of technology and serves as a valuable instrument to support the ‘evidence-based information’ that is necessary for tracing patterns and implementing initiatives. As Uijttewaal points out: “Photography and video are incredibly important tools to communicate what is happening underneath the surface.” It’s true: more imagery leads to more awareness; therefore making ocean photography programs in Mozambique readily available, will undoubtedly supplement the science and research practises already in place. 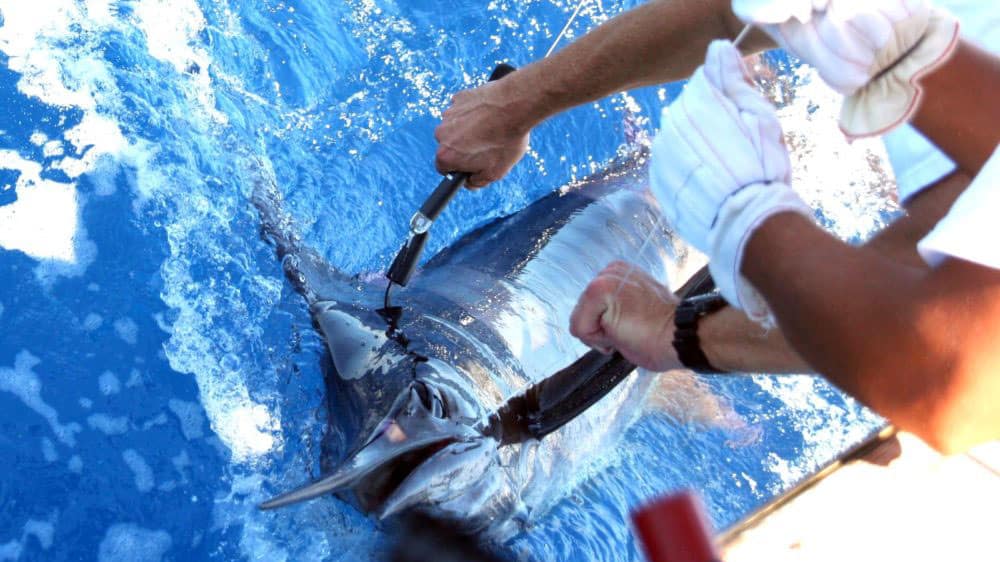 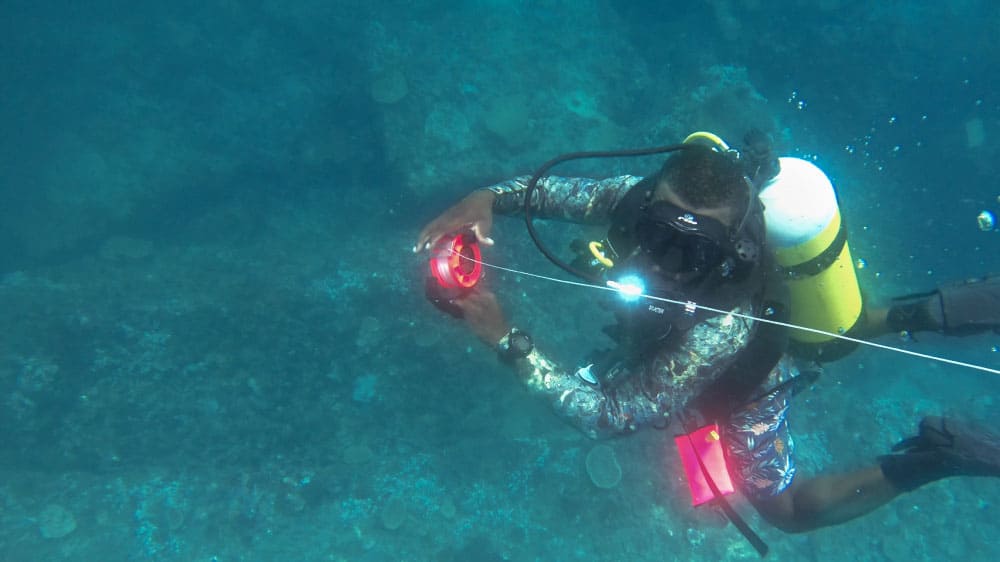 THE ROLE OF PHOTOGRAPHY IN MARINE CONSERVATION

“We protect what we love, we love what we understand.” Jacques Cousteau

If you’ve ever been snorkelling or scuba diving, you’ll know how it feels to reach a pure and mindful state. Gliding effortlessly through a dreamlike world, everything is slow, tranquil, silent. There is a galaxy of life below the water’s surface, which both soothes and enlivens us.

It’s not hard to understand why people are drawn to the ocean. For marine photographers, it offers rare and exciting photographic opportunities that are hard to beat. The discipline not only requires technical skill, but a genuine passion for, and understanding of, the ocean. Therefore a natural connection between marine photography and marine conservation exists – a desire to document, exhibit and, in doing so, preserve our wild and mysterious natural world.

Photography is a remarkable tool for exposing issues and raising awareness on a global scale.  In an interview, marine biologist and award-winning photographer, Cristina Mittermeier points out, “I realised that when you show somebody a photograph, it’s so much easier to begin a conversation.” When exploring the topic of marine conservation, the old phrase, a picture is worth a thousand words, springs to mind. For many of us, it’s easier to access information, especially of a scientific kind, and to learn about world issues through the power of an image, rather than scanning a weighty block of text. Photographs gain immediate response. They spark multifaceted emotions and speak to people on different levels.

In the documentary, Chasing Coral, underwater photographer Richard Vevers discusses the importance of documenting what goes on behind the scenes of marine conservation work. He astutely points out, “It’s really about trying to communicate the sciences, as much as doing the sciences itself. One of the biggest issues with the oceans, is that it’s completely out of sight and out of mind.” In this way, seeing is believing.

Simply hearing the facts is not evocative enough. Humans are extremely visual creatures and we easily relate to images that bring a subject to life. Take for example, the process of coral bleaching. Put side by side two photographs of the same bed of coral – one before and one after a coral bleaching event. The stark juxtaposition kickstarts an auto response within us. The science is tangible, alive and haunting. Instantly, the images urge us to think and feel, which in turn drives action.

There is huge scope for photography to support and strengthen marine conservation efforts. With a range of platforms available, from social media channels, to newsletters, websites, science and travel magazines and influential publications, using powerful imagery to spread a message has never been easier. In an interview, marine photographer Christine Shepherd states that “There’s a big part that’s fun – just creating the imagery, capturing it, but another big component is sharing [it] with people and inspiring people to care more about the ocean and the environment [by] seeing this inspirational imagery.” In this sense, the role of marine photography extends beyond creativity and artistry, but becomes a crucial factor in igniting positive change. 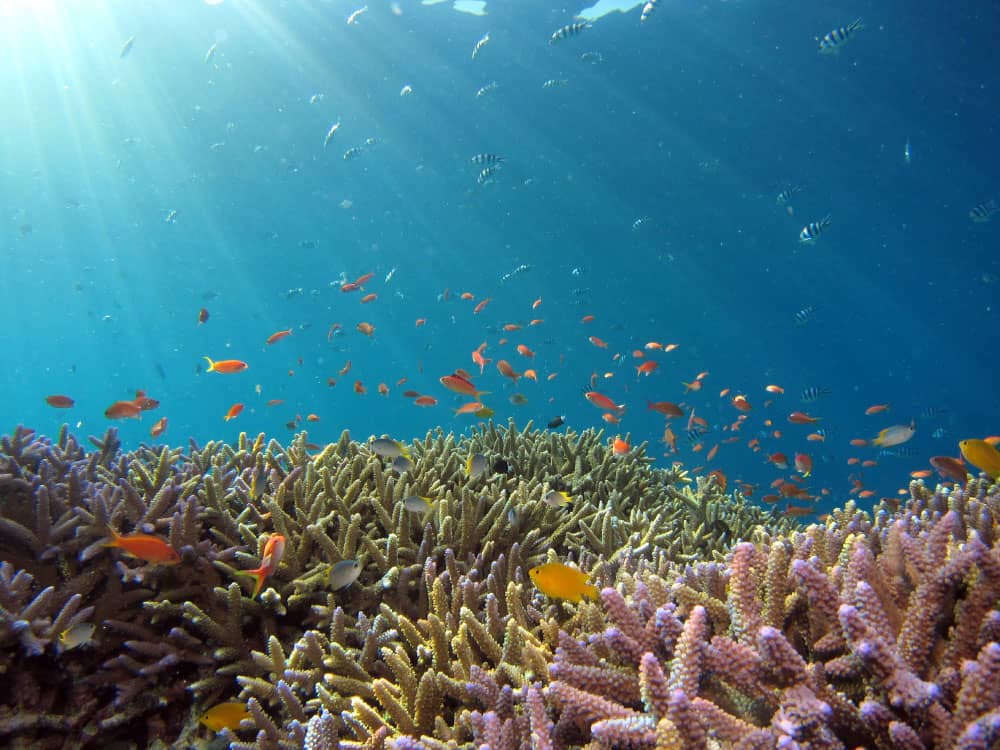 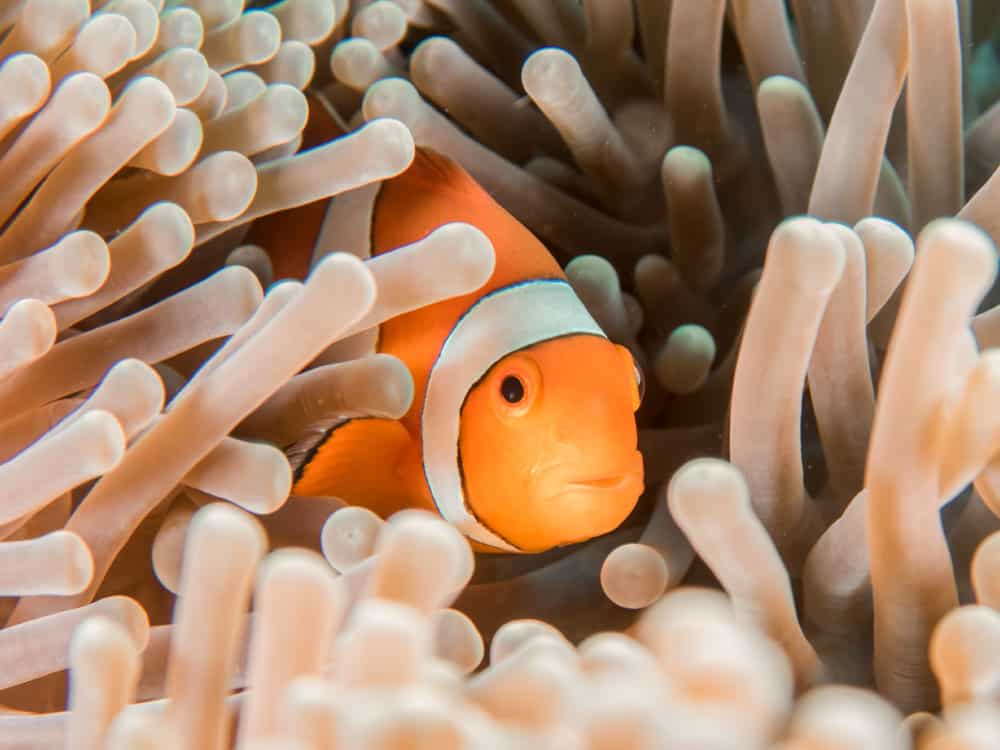 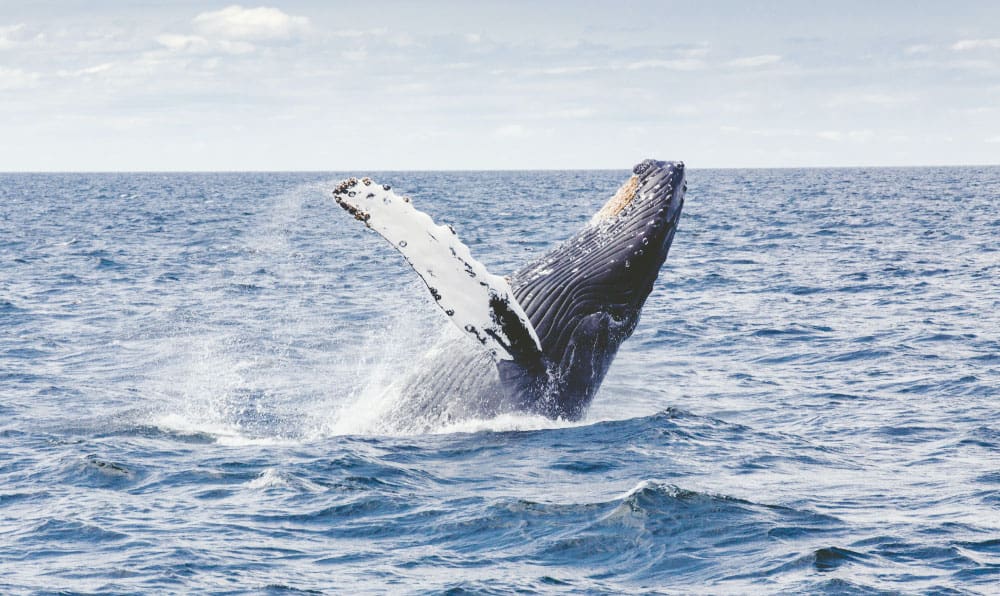 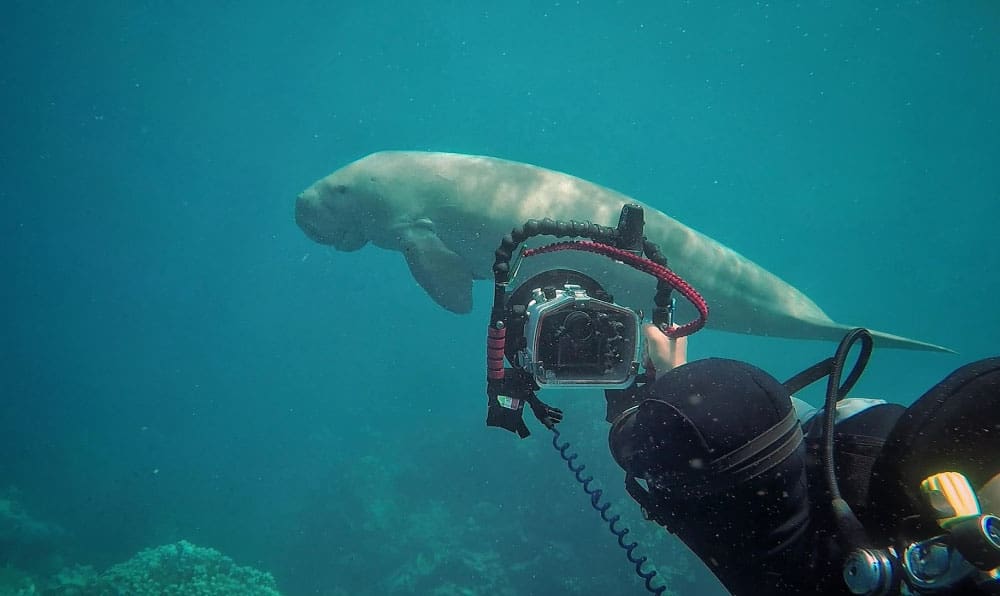 YOU MAY BE WONDERING, BUT HOW?

Mittermeier, referring to her organisation SeaLegacy, breaks it down: “We started getting these huge online social media following […] We decided that was a great opportunity to start doing campaigns, to call on those followers to help us […] to sign a letter or a petition. Then we started raising money [to] start investing in solutions on the ground […] Our followers can actually see where their money is having a physical impact in making the ocean a better place.” This effort and success story is a testament to how photography exposes the uniqueness of life beneath the waves, but also hammers home the human responsibility to preserve it.

Our natural world is undergoing rapid change and facing a myriad of challenges. With billions of humans on the planet consuming and producing, our oceans aren’t able to keep up and are therefore paying the price.

The role of marine conservation is fundamental to understanding, monitoring and protecting marine ecology and biodiversity for creatures and humans alike. Some of us may not feel deeply connected to the ocean. To the vast majority of us it may seem alien, mysterious and, at times, quite frightening. However, it is our very life source and is integral to our survival.

HOW YOU CAN GET INVOLVED

Want a slice of the action?

If you like the sound of the Bazaruto Archipelago, take a browse at our ocean photography program in Mozambique. Ideal for photographers with a passion for the ocean, this trip will ignite your inner conservationist and provide you with a wealth of knowledge and unforgettable experiences!

The good news is that we can each do our bit to minimise our human footprint, and in doing so help to protect our floating blue marble! Here’s a list to help get you started (you don’t need to cover them all, but choose a few which are achievable in your day to day life!):