The combination of photography and wildlife conservation is a powerful one. As Jane Goodall phrased it, “it’s the photographs that act as ambassadors for conservation projects around the world. They speak louder than any number of words in a report sitting unread on a desk. That’s why conservation photography is so important.” Photographs have the power to alter perceptions and accelerate the viewer’s understanding of important matters. Conservation photography has the potential to bridge language barriers and instil a sense of responsibility, while motivating the spectator to take action against the threats the natural world faces. Here are 5 powerful conservation photography projects that deserve attention because they have not only been successful in engaging people worldwide but also resulted in a positive change by taking the shape of fundraisers, publications and documentaries.
– By Adya Jalan

Covid-19 has had a devastating impact on Africa’s Wildlife areas. With tourism coming to a halt, there are less jobs and reduced earnings for locals and parks. Poverty has increased and in some areas poaching has become more prominent. Stifled tourist activity has also led to scarcity in funds for conservation projects which protect animals especially endangered species. To overcome this vicious cycle which is bringing a halt to conservation efforts, over 50 of the world’s top wildlife photographers are collaborating to protect Africa’s parks.

By donating their prints, photographers are hoping to raise $250,000 for the African Parks Network, a conservation NGO which protects Africa’s national parks and protected areas. With each print being sold for $100, the campaign has already raised over $85,000. Jessica Stewart writes, “From haunting portraits of a gorilla to a lion surveying its territory at sunset, these photographs are reminders of the power and beauty that Africa’s wildlife possesses.” This project is not only raising money but the magnificent photographs for sale are also communicating to people the splendour of nature and why it needs to be protected. The prints can be ordered directly on the Prints for Wildlife website. 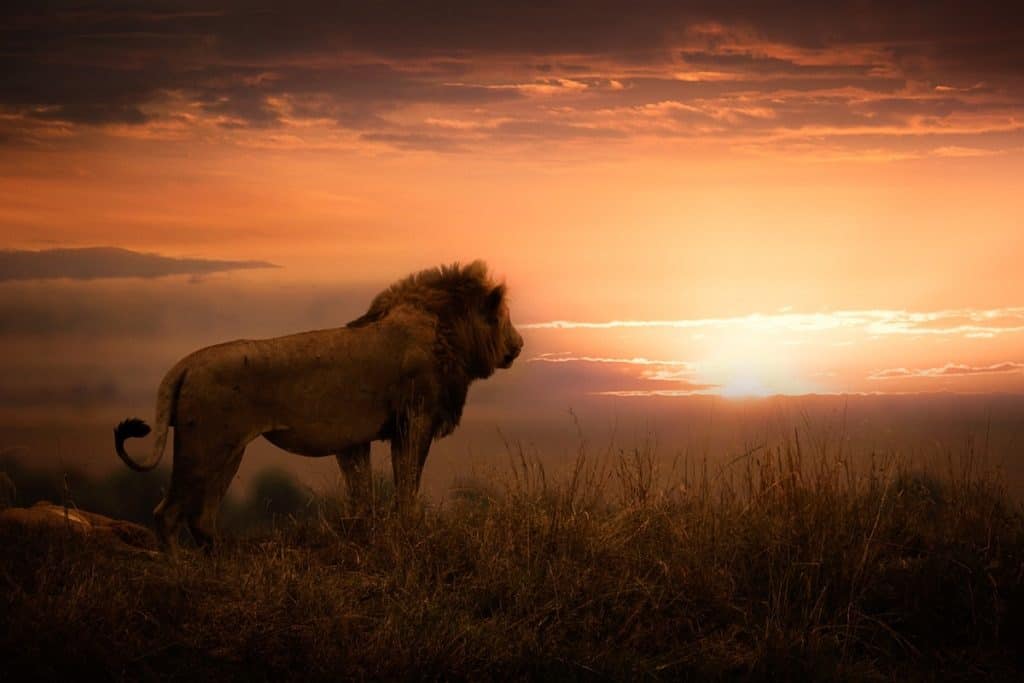 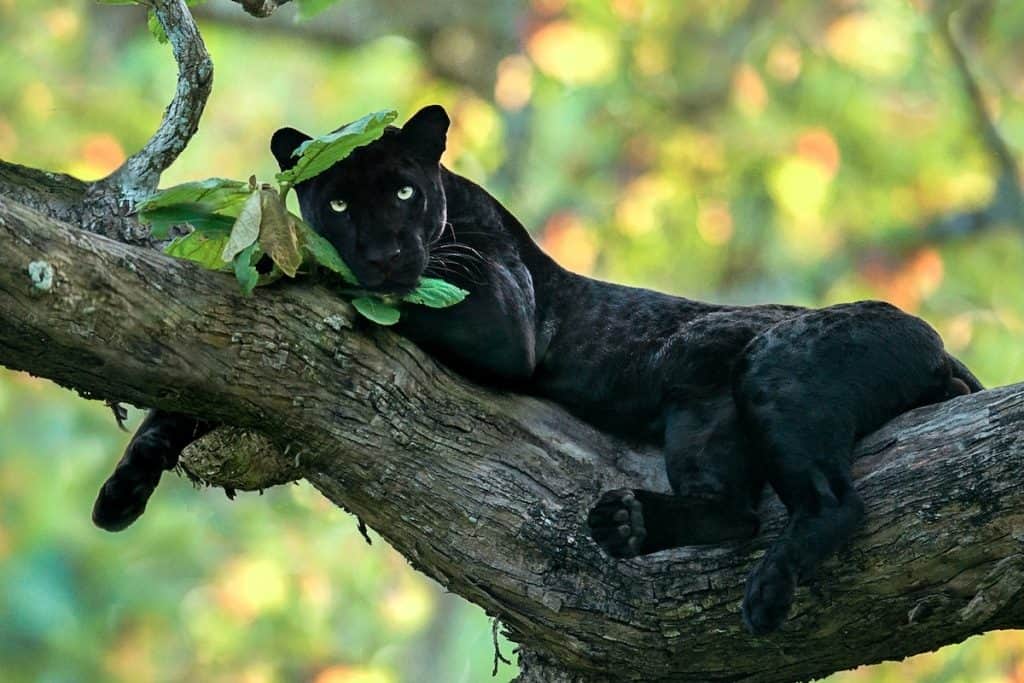 In Africa, the term Big Five refers to the five animals – lion, leopard, rhinoceros, elephant and Cape Buffalo. The term was coined by big-game hunters and alludes to the five most difficult animals in Africa to hunt. The New Big 5 project is an international initiative to create a new Big Five of wildlife: the Big 5 of photography, not hunting. With the world’s wildlife in crisis, the next 10 years are critical. More than a million species are at the risk of extinction. Founded by British photographer Graeme Green, this project aims to divert attention to the incredible wildlife and the urgent need to save these animals. It wants to do away with the old Bog Five of wildlife – based on the toughest animals to shoot. More than 100 of leading photographers and wildlife conservation organisations are supporting this campaign.

So, wildlife lovers and photographers all over the world are shooting the Big 5 – not with guns, but cameras. The website is a consolidation of photographs, podcasts and interviews which aims to raise awareness and educate people on the importance of conservation. Discussing the aims of this project, Green says, “Photography’s a great way to celebrate and help protect wildlife, so a Big 5 of wildlife photography seemed to me like something that should exist. But I also wanted to use the project to get people talking and thinking about wildlife and highlight the threats facing animals around the world.” 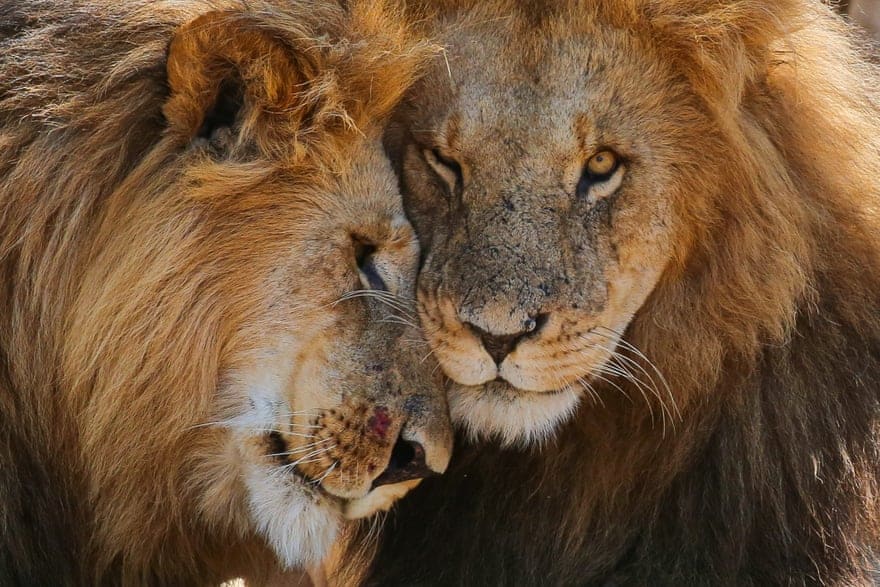 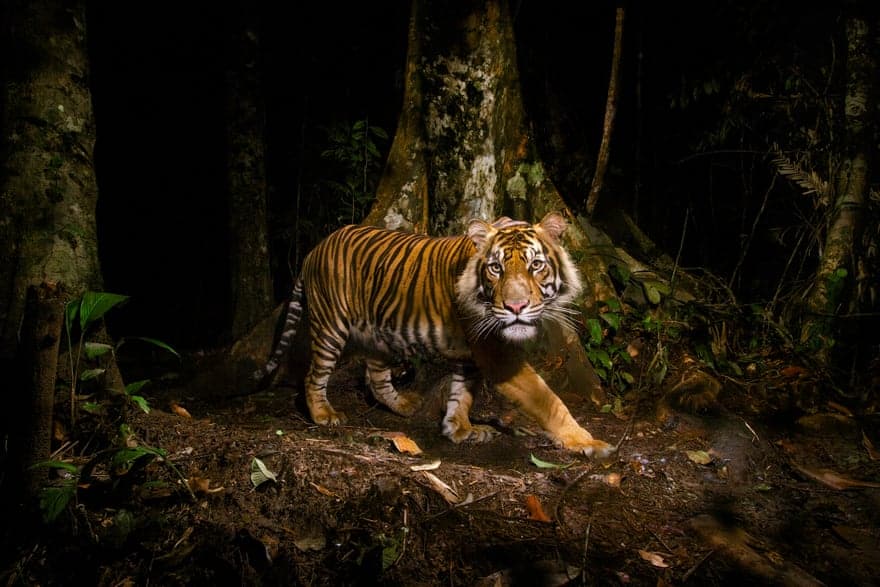 Together with the Wyss Foundation’s Campaign for Nature, the National Geographic Society launched the 30 Days of Hope initiative, a daily series of stories about inspirational moments in Nature. Using photography as its main tool, this initiative is spreading awareness and stories from all around the world – stories about the nature and wildlife habitat, organisations and people working to protect it. With the 30 Days of stories which counted down to the International Day for Biological Diversity on May 22, this project is inspiring people to see the wonders of nature and the urgent need to protect it.

Photographers are highlighting the voices of Indigenous peoples in Conservation. For example, the picture below is of Reteti Elephant Sanctuary in East Africa, where elephants have been orphaned and without care. This community-led elephant sanctuary employs local staff who care for the elephants until they are strong enough to return to the wild.

Another focus are wild koalas that started returning to their natural habitat in Australia’s Blue Mountains, after being rescued during this year’s intense bushfires. They were being cared for at Sidney’s Taronga Zoo. Below is a portrait of a Koala bear at the Lone Pine Koala Sanctuary in Queensland. Thus, by sharing similar stories from all parts of the world, this project is sparking hope and awareness, encouraging people to see the threats to wildlife and take action. 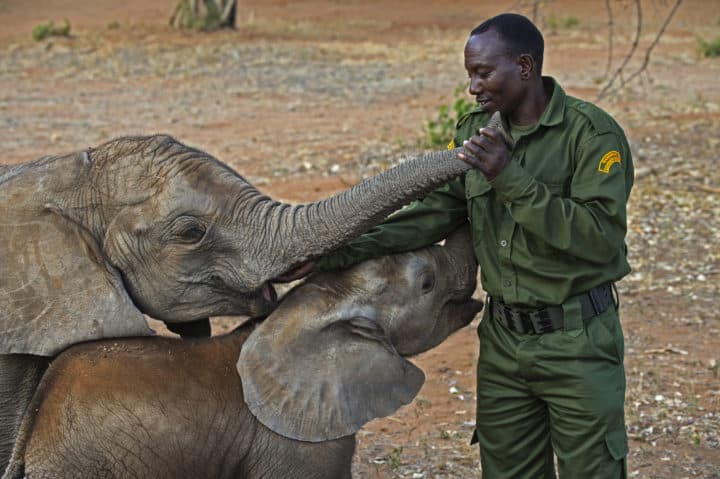 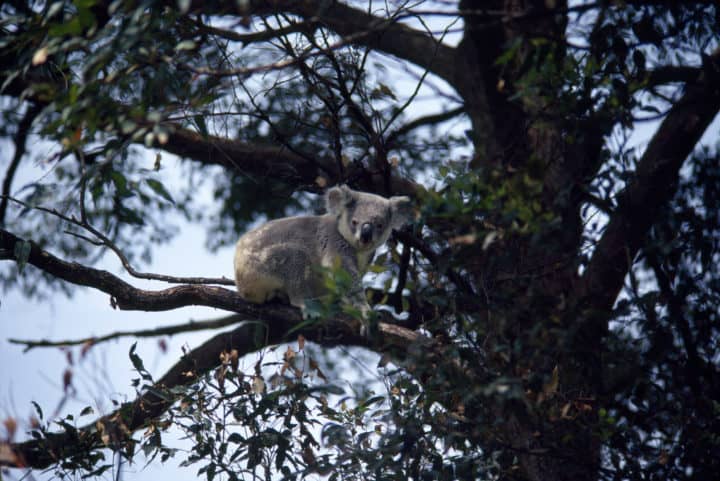 London’s Natural History Museum has celebrated world-class nature photography with its Wildlife Photographer of the Year competition. The Unforgettable Underwater Photography is a new publication showcasing the best international underwater photographers submitted over the past decades of the Wildlife Photographer of the Year contest. As an extension of this contest, the publication was an effort of the Museum to raise awareness about marine conservation. The Natural History Museum also discontinued the sale of single-use plastic water bottles in 2017 to contribute to marine life conservation.

The museum continues to combine art, science and education in order to advocate for the natural world, giving underwater photographers a platform to showcase their work and remind the public of what is at risk if we don’t continue to protect marine life. The book features incredible glimpses of hidden treasures in the deep sea. Even more interesting are the stories behind the photographs, as each underwater photographer shares their personal experiences. 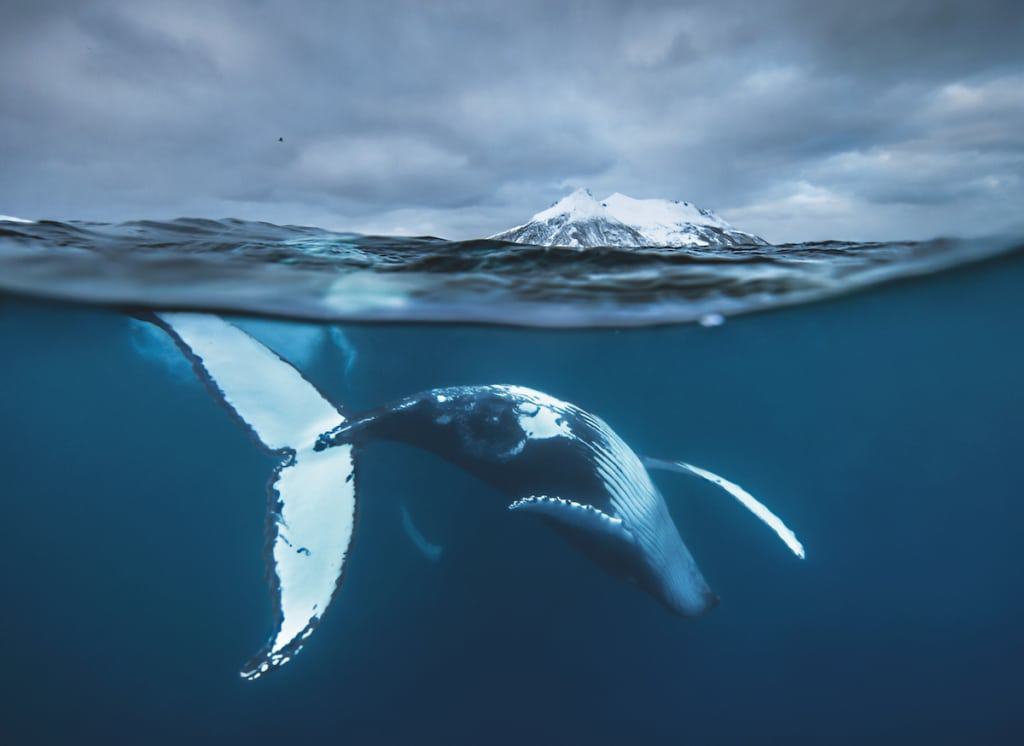 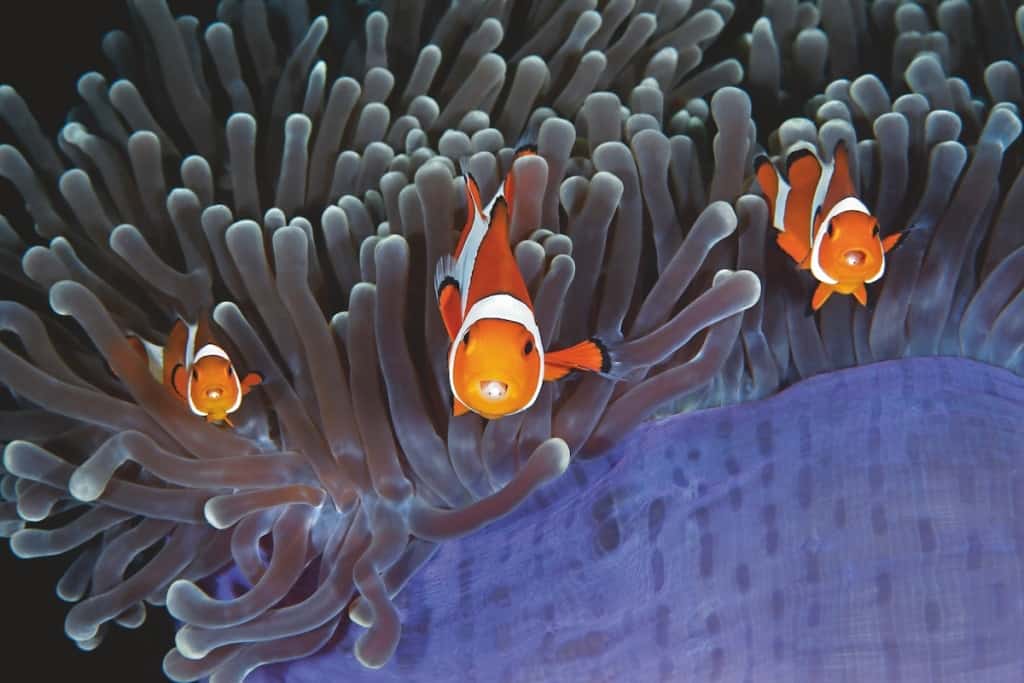 Wild Shots Outreach (WSO) is a non-profit that supports young South Africans from disadvantaged communities through photography. Partnered with Canon’s Young People Programme, it aims to help young people develop employment skills in wildlife conservation and tourism. Mike Kendrick, the founder, discovered a disparity in wildlife access. “I was shocked and dismayed to find that many local black communities going to the government schools had never even been into the Kruger National Park, despite living on its boundaries,” says Kendrick. Lingering impacts of the apartheid, expensive entry fees and limited transportation prevents locals from entering the park.

To overcome this barrier, Kendrick trains disadvantaged high school students and unemployed young people in wildlife photography to see the value of wildlife and involve themselves in conservation projects. After 72 programmes and 620 trained students, several exhibitions have been curated, featuring photographs taken by students. Furthermore, the students are extending a newfound interest in conservation of the natural world to other members of the community. According to Jacob Dykes, “empowering local communities to realise the true value of their wildlife, they can unearth their inherent ambassadorship for the natural world – a critical step towards preserving biodiversity.” 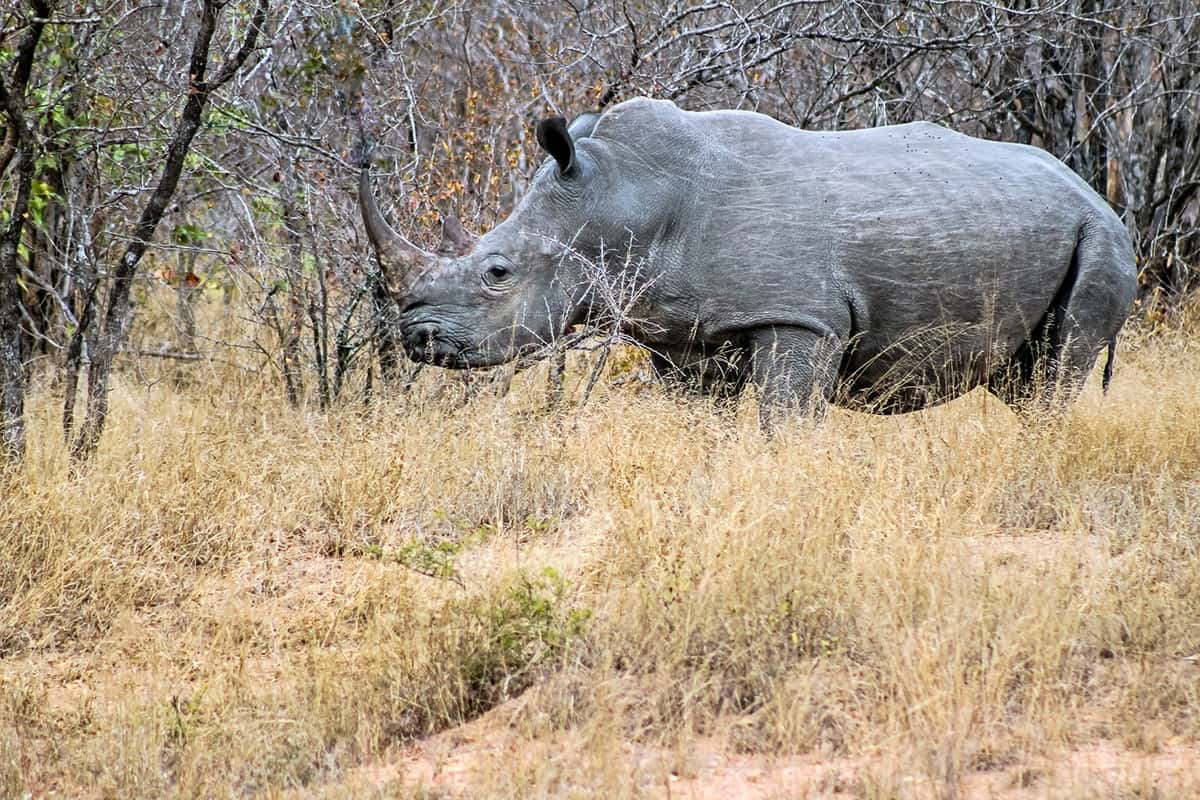 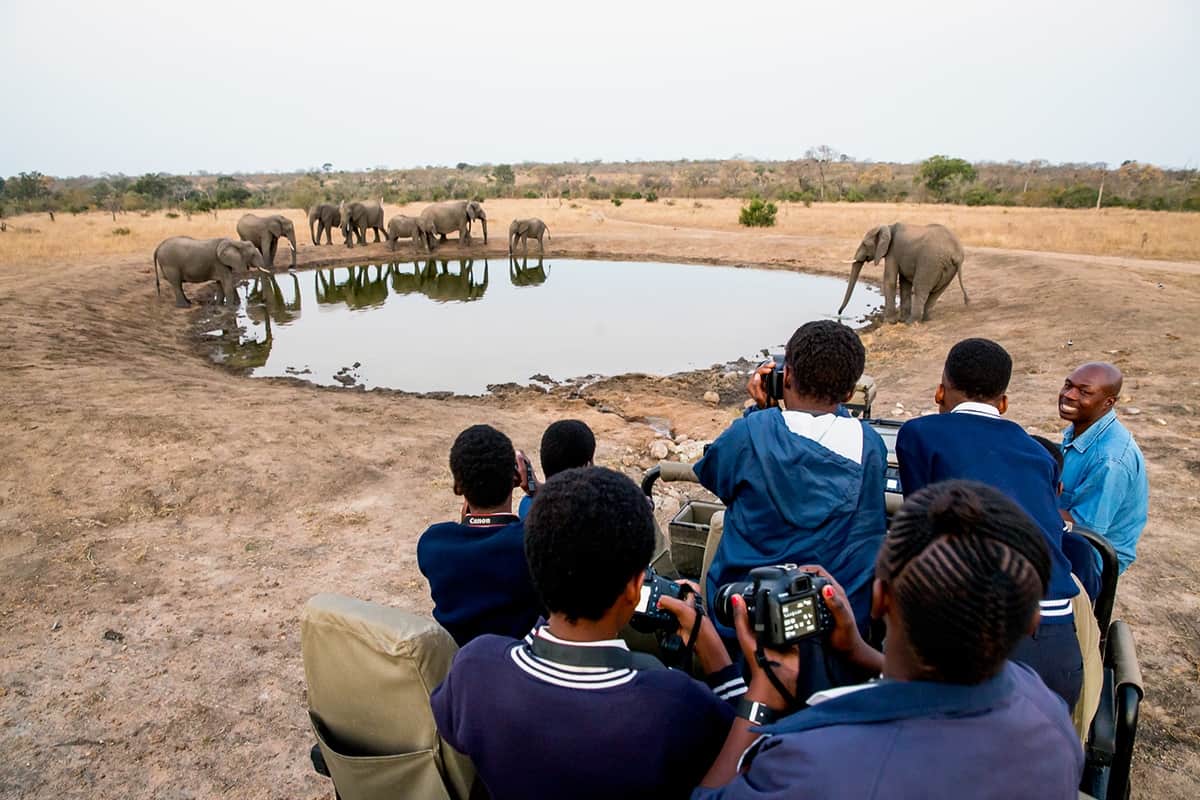 At Penda Photo Tours, we offer several photo safaris through which you can photograph African wildlife while contributing to conservation efforts. Read more about our Wildlife Photography & Conservation Volunteer Project here.

Learn more about the Power and Limitations of Conservation Photography

Nonprofit Photography: The Power of Images

Nonprofit Photography: The Power of Images