How to Photograph the Northern Lights

How to Photograph the Northern Lights

The northern lights are truly a wonder to behold, and photographing them is a once-in-a-lifetime opportunity. We’re hoping to witness this magical display of lights during our upcoming Iceland Photography Workshop (hosted by Nat Geo photographer Tyrone Turner), so we’re gearing up for capturing them in the best possible way. Here’s what we found out about the Northern Lights, and what you can do to ensure the best photographs. – by Juliana Connors

The scientific name for the northern lights, Aurora Borealis, means “dawn of the north.” Aurora derives from the Roman goddess of the dawn and Borealis from the Greek name for north wind. The same phenomenon takes place at the Earth’s southern pole, called Aurora Australis. The southern lights are typically only seen from Antarctica, making the northern lights a more sought after photography target.

Throughout history the aurora borealis have been a source of wonder and reverence. The lights held significance for many aboriginal people, often representing spirits. The implications from seeing the northern lights varied amongst cultures; the lights could be a dark omen suggesting conflict or strife for some cultures, and for others, a child born under the lights was said to be blessed. Perhaps the most broadly held belief was simply that the lights represented spirits looking down on the loved ones they left behind.

Scientific research on the aurora borealis began during the eighteenth century and today, we can fully interpret the science behind the lights. Understanding the light display may take away from the ethereal intrigue, but it is equally awe-inspiring to consider the natural marvel that is the aurora borealis.

The lights are a result of what is called solar wind, or electrically charged particles, penetrating the Earth’s magnetic field and reacting with gaseous particles in the atmosphere. The Earth’s magnetic field is weaker near the north and south pole allowing the solar wind to pervade the Earth’s atmosphere. The different colors seen in aurora displays are the result of different gases reacting at varying altitudes. 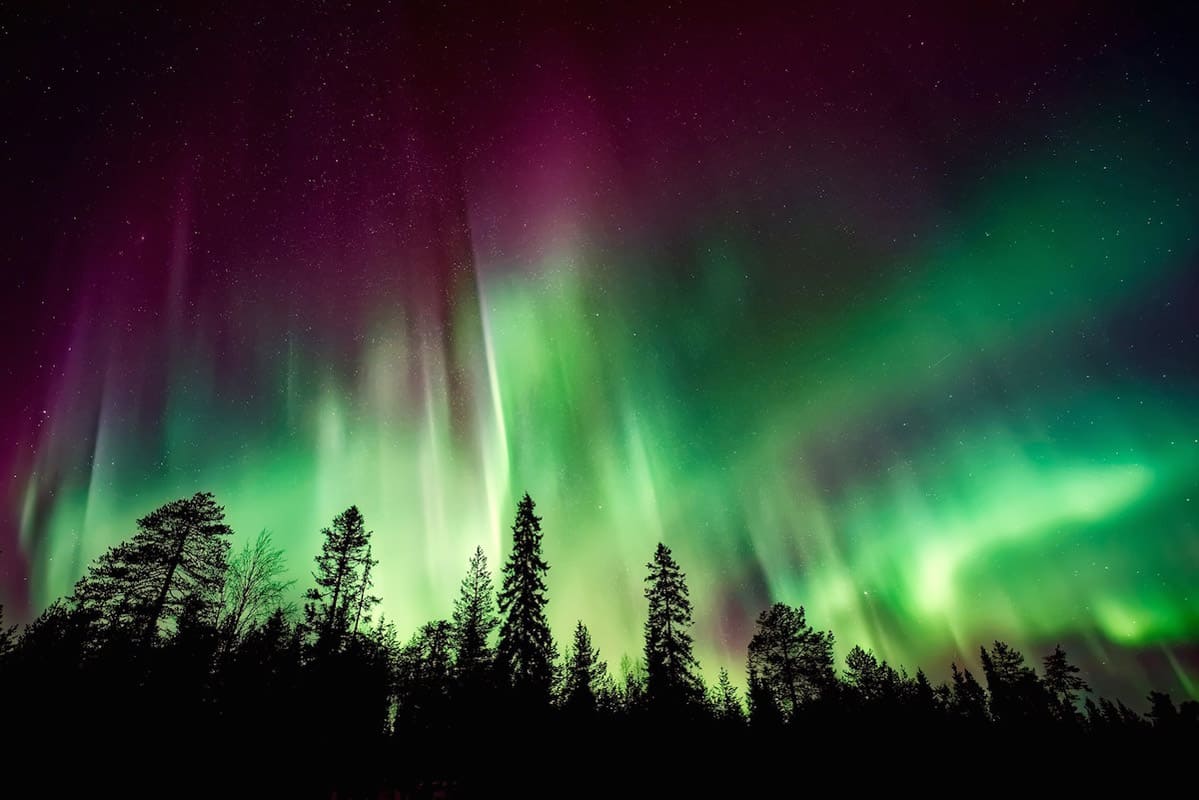 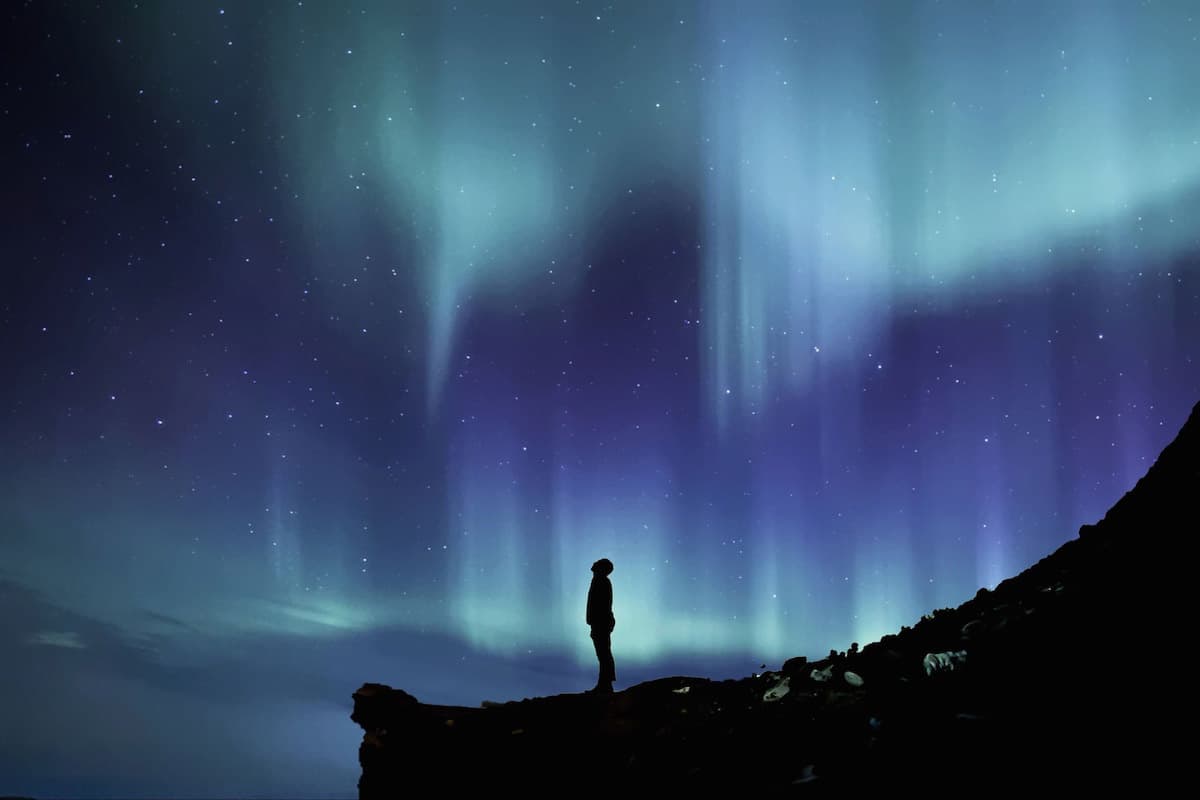 The Northern Lights can be viewed from countries on the latitudinal plane between 65-72 degrees from the equator. The northern lights are most frequently captured from positions in Scandinavia, Iceland, Greenland, Canada and Alaska. To photograph the northern lights, you will need a site free from light pollution.

Photographing the Northern Lights: Getting the Timing Right

A clear, dark sky is essential for viewing the Northern Lights. In this part of the world, September to April is typically the period for full dark nights. It is worth considering the climate when planning an expedition to photograph the lights. It may be more desirable to photograph the Northern Lights near the beginning or end of the full dark period. To further ensure optimal darkness, the lights should be photographed around midnight.

Check the Forecast before you start Shooting

The Northern Lights are unpredictable, so even if you have made travel plans at the ideal time of year, witnessing the lights can never be fully guaranteed. But there are ways to help predict your chances. Using the Icelandic Met Aurora Forecast will be helpful. It is also worth considering allowing the duration of your trip to be long enough to accommodate changing forecasts. A minimum of four days to ideally a week will improve your chances of photographing the Northern Lights during your stay.

Now you have made it to your viewing destination, at a prime time for visualization, with aurora activity forecasted. It is time to take the photograph. Photography in low lightning conditions is no easy task, but here are suggestions to get the right shot.

To begin with, it is requisite to be prepared with the essentials. For example, be sure to dress for the weather and pack spare batteries. You may be in a relatively remote location, so it will be crucial to have what you need at your fingertips.

A tripod is fundamental for photographing the northern lights. Any movement could create a blurry image, particularly with the low lighting environment. You will want a camera with manual adjustment options.  In low lighting, the camera will struggle to focus automatically. It will be easier to get a clear image adjusting the camera manually. You would also do well to employ the use of a wide-angle lens to encompass the vastness of the scene.

Additionally, the composition of the photograph will also help capture the scale. Your ideal Northern Lights photograph may contain a secondary subject on the horizon, such as a tree or a mountain. It provides a focal point for the camera, while also providing context to the photograph. The celestial magnitude of the northern lights is more dramatic juxtaposed against earthly matter.

Get some tips from National Geographic photographer Tyrone Turner, and find out why Iceland inspires him.

Now you want to find the optimal settings to capture the image in low lighting. Here are a couple of recommendations:

Now you should have the necessary tools to take a piece of your northern lights experience home with you. Good luck!

We have some spaces left on our photography workshop in Iceland! Get in touch for any questions, or to book your spot!