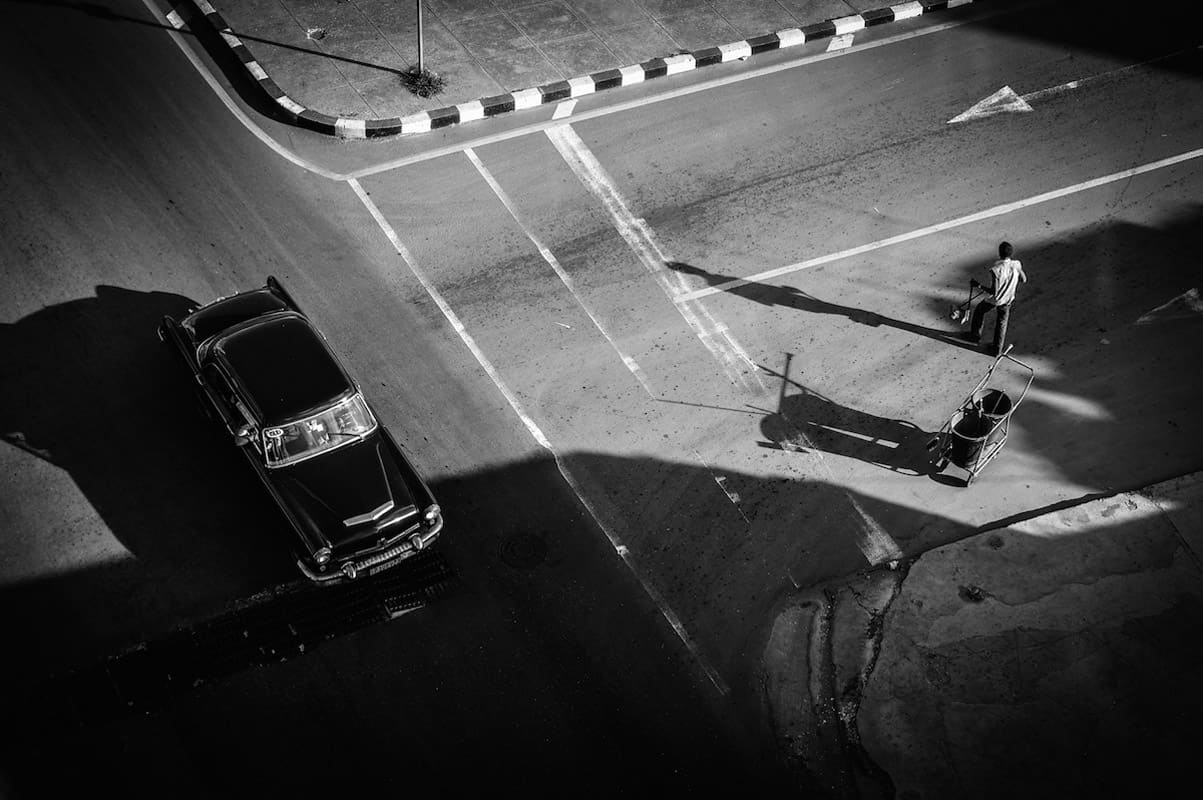 Changes are coming to Cuba. With a new leader and a developing relationship with the United States, the country is about to see a cultural and economical swift. The concert the Rolling Stones played in Havana at the end of last year was a powerful indication of this; a musical representation of the start of a new era. Andrew Bell, of one the photographers who guide our Cuba Photo Tours, was there.

About a year ago, I woke to the news that the Rolling Stones, probably my all-time favorite band, had extended their South American tour by one night. In of itself that isn’t unusual, bands add dates to tours all the time; what made this one so special though was the location and the price of a ticket. The final date of the Ole Ole Ole tour would now be Havana and the entrance fee would be nothing. I called Andy Scaysbrook, the co-guide on our photography workshops in Cuba; had he heard, did he know anything? Then I spent the morning rushing emails to friends and contacts in Cuba; had they heard, did they know where the concert would be, how many people could the venue hold, could they find me accommodation? Without waiting to find out the answers I started trawling the internet for flights.

Read more about why the right time to visit Cuba is now!

By that evening I had found out a little more about the concert. It would be held outside of central Havana at or near a baseball stadium, the capacity of the space was estimated to be around 100,000 with spaces allocated on a first-come, first-served basis. Without hesitation, without thinking there was even the slightest possibility of not being one of those 100,000 people, I booked the flights and secured an apartment for 6 days, three days either side of the concert date: 26th March 2016. The countdown began.

For the next few weeks I could think of nothing else, I listened and re-listened to Stones albums old and new, followed the tour info on social media, and tried to second guess which songs they would play and in what order; what would they open with, what would form the encore, how long would the show last?  I told everyone and anyone I met that I was going, that I would be there. My favorite band in my favorite city; a place I know and love, where I have connections who can open almost any door; nothing would stop me; I would see that show… The days dragged past, to me it felt like the continents were drifting apart faster than the days were being ticked off my calendar, but eventually, the day arrived; bags were packed, cameras checked, double-checked and triple checked, the car loaded and we headed to the airport.

In Havana it was hot and the air was electric; everywhere we looked there were people in Rolling Stones t-shirts and not just from Cuba, people had flocked to Havana from all over the world, because they, like us, knew that this was something special. Not just a one-off, free event from one of the world’s biggest and greatest bands, but a massive cultural shift, a seismic change in a country where not very long ago Rock & Roll wasn’t just frowned upon, it was outlawed, banned and with very strict consequences if you were found listening to it. It wasn’t just a surprise that this gig was going ahead, it was an outright miracle.

The day of the concert arrived and we headed out early to the venue and we weren’t the only ones. By 10 am there were crowds gathered on all sides of the open space where the band would perform; high metal fences had been erected all around and there was a heavy, police presence everywhere. We moved through the crowd, camera shutters clicking as we sought to capture everything around us. Ten hours before the scheduled start time and there were already thousands of people singing, dancing, drinking; the mood was high, the crowd was excited and the atmosphere was electric. No one knew when we’d be allowed through the fences or how it would work. Would we be allowed to take drinks in, were there concession stands inside, would non-Cuban’s even be allowed in? None of that mattered, we were here, the clock was ticking down and everyone was happy.

At 14:00 we watched as a section of fencing a hundred yards away was toppled over, we couldn’t see if it was deliberate or accidental but either way, it started a domino effect. Fences started going down all around the site, the crowd surged forward, a tidal wave of people running across the open field towards the stage, shouting, screaming, waving flags and followed… We ran with them, shouted and screamed with them, rushed forwards, and secured our place in history. The afternoon passed in a blur of rum and cigars; we made new friends, we sang, we danced and most of all we photographed everything and everyone around us.

I turned and saw a man pushing his way through the crowd towards where we were stood; he was enormous, a man-mountain, wearing sunglasses a faded Iron Maiden t-shirt and he was staring straight at me… He pushed his way through the crowd and came to stop directly in front of Andy and I…  “English” – We weren’t sure if it was a statement or a question, I smiled up at him and said that yes I was. A grin as broad as any I’ve ever seen spread across his faced as he reached out and embraced me in a bear hug. “My friends”…  “Thank you for bringing Rock & Roll to Cuba!” He said it as if Andy and I had personally arranged the whole concert for his benefit; and he meant it. With tears in his eyes he told us how whilst serving in the army he had been caught listening to a pirated copy of a Rolling Stones album; his punishment? Several years in prison…  but now, now they were here, playing a live concert and he was here to see it. “Cuba”, he said, “is forever changed.”

A lot has changed since that day; direct flights have started from several US cities into Cuba, Fidel Castro has passed away and Hollywood celebrities are now to be found enjoying fine dining in trendy Havana restaurants; could this be the turning point, the end of the embargo and the normalisation of relations? Well, a lot has changed outside of Cuba since that momentous evening last year and nothing is final until it happens, especially in Cuba. All we know is that every time we visit things have moved on, this is an island that’s in perpetual flux and forever changing; it’s history has been influenced by forces from outside and within countless times over the centuries and it looks like that trend is set to continue. Some things though stay the same every time we visit: The people; warm, hospitable, welcoming friendly and beautiful. The weather; hot and sunny with the occasional welcome tropical shower. The atmosphere; Lively, vibrant, filled with music and laughter.

The old favourites are still here; cars, cigars and rum – but now they’re mixed with something new; a sense that Cuba is on the verge of something big and we’ll be there to witness it, revel in it and capture it all.

Find out how you can join us on a Cuba photo tour!

One year on we’re heading back to Havana for another one of our fantastic retreats, we’ll visit the location of the concert and see what’s changed, return to some of our favourite haunts in Havana and Trinidad, catch up with old friends and probably make some new ones. There’s still time to join us; if you’re ready for the adventure!

Oh and that hundred thousand capacity; well conservative estimates place attendance at over five hundred thousand.  The official figure released by the band was one million and I was one of them.

Text and images by Andrew Bell