8 Quick Facts on the Victoria Falls

8 Quick Facts on the Victoria Falls

A visit to the thundering Victoria Falls seems to us the perfect way to conclude an African safari. Our upcoming Botswana Photography Workshop will do just that; we’ll spend two days enjoying and photographing these mighty waterfalls, probably getting a bit wet and definitely getting awed in the process. Here are a few things you might not know about this natural spectacle.

1. The Victoria Falls are one of the Seven Natural Wonders of the World.

2. The falls are locally known as ‘Mosi-oa-Tunya’, which means ‘The Smoke that Thunders.’ However, the name that we all know comes from David Livingstone, who, exploiting the right of every explorer, re-named the falls in honour of Queen Victoria, the reigning queen at the time.

3. The Victoria Falls are the world’s largest waterfall, with the widest curtain of falling water on the planet. With a fall front of more than a kilometre and a half, the medium height is around 128 meters. The spray can be seen from miles away, and in rainy season more than five hundred million cubic meters of water plummet over the edge.

4. The falls are part of a unique natural environment. They split between two stunning national parks; the Mosi-oa-Tunya in Zambia and the Victoria Falls National Park in Zimbabwe, which both host a great number of animal species, like hippos, elephants, buffalos and giraffes. But few people know about the very unique spot right next to the falls, which forms a small rainforest as a result of the vapour coming from the falls.

5. The area around the falls is known as the ‘Adventure Capital of the World.’ You could, for instance, go white water rafting on the Zambezi, bungee jump from the bridge next to the falls that connects Zambia with Zimbabwe, or do a ‘gorge swing’ in one of the many gorges the falls have created over the centuries.

6. If you are not the dare-devil type, you can still wander onto the bridge where people jump. This bridge was realised in 1905, and formed part of Cecil Rhodes’ railway project of connecting Cape Town and Cairo – a project that was never finished.

7. The best months to visit the falls are probably July and August, when water levels are still high but its amount is producing less spray, leaving more visibility to the falls. Still, high levels create a greater amount of mist in the air, increasing the possibilities to capture amazing rainbow images.

8. The Victoria Falls create the natural phenomenon known as the moonbow, a lunar rainbow showing up as the sun sets on a full moon. This event used to be visible at Niagara Falls too, but does no longer occur there because of the surrounding light pollution.

Keen to see this for yourself? Come and photograph the Victoria Falls with us! 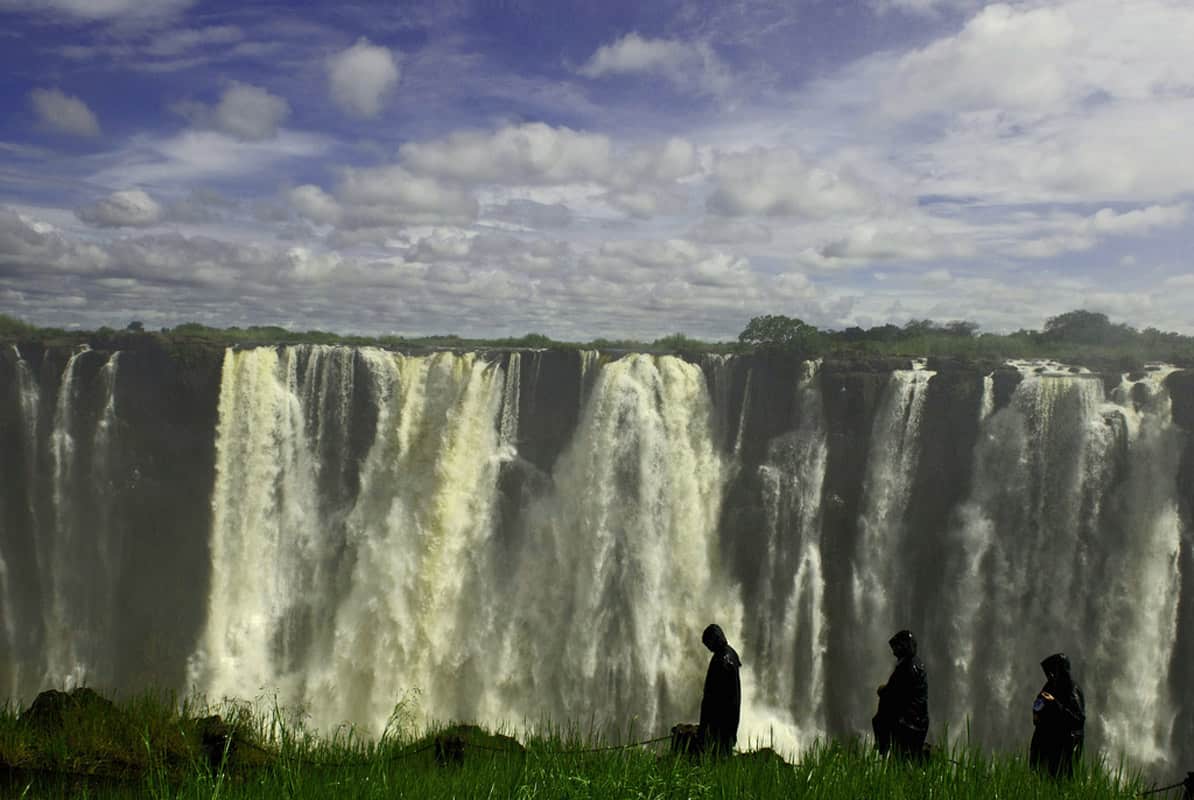